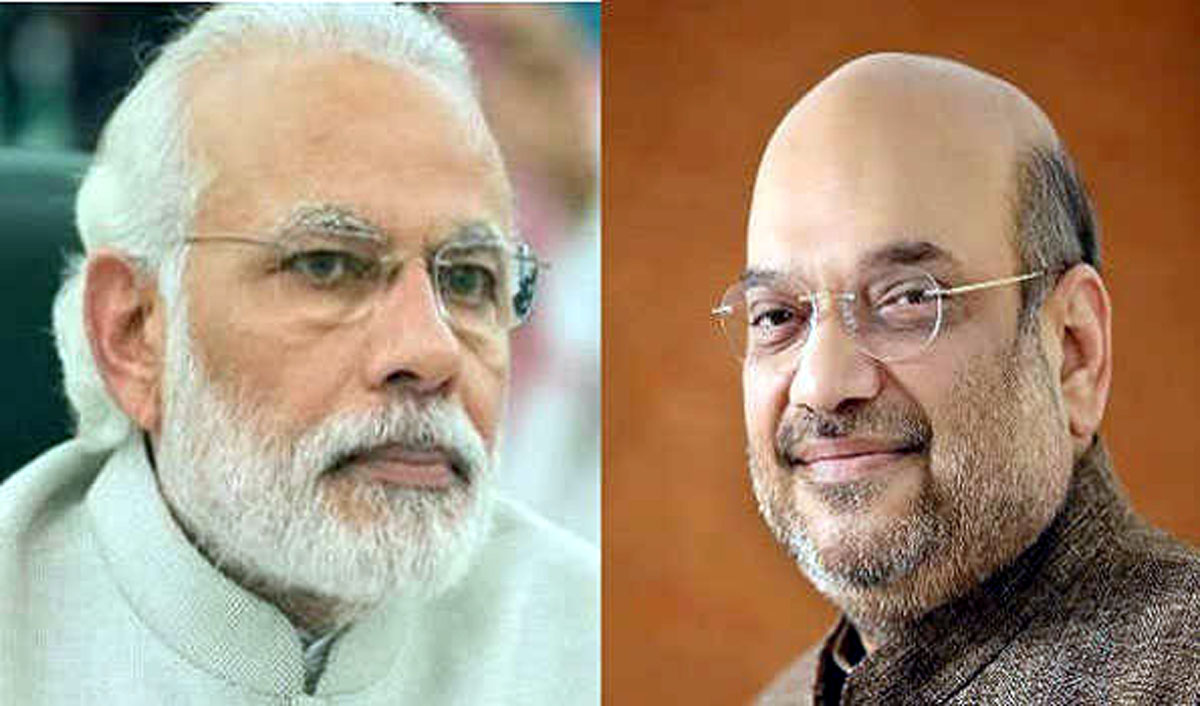 JAMMU, Dec 11: Prime Minister Narendra Modi and BJP national president Amit Shah will be holding high-level discussions on Lok Sabha elections in Jammu and Kashmir with top brass of the party’s State unit in New Delhi followed by Amit Shah chairing a separate meeting with State BJP leaders on Assembly polls on December 13. The Parliamentary and Assembly elections are due in April-May, unless they are separated.
Insiders in the BJP told the Excelsior that the Prime Minister and the BJP national president will also elicit opinion from the party leaders on whether to go for simultaneous elections to Lok Sabha and Assembly in April-May or defer the Assembly elections by a couple of months. Lok Sabha polls will, however, be held in the months of April-May.
“The BJP’s preparations for the elections including retaining three Lok Sabha seats out of six it won in 2014 Lok Sabha elections and annex more will figure at the high level review meeting of the party. Similar will be the discussions on the Assembly elections as the party had won 25 seats in 2014 Assembly elections but now it wants to cross the figure of 30 though publicly the party will set the target of 44 i.e. majority mark,” sources said.
The party’s strategy meeting for Lok Sabha elections will be chaired by Amit Shah and attended by Prime Minister Narendra Modi and other senior organizational leaders. From Jammu and Kashmir, State BJP president, Ravinder Raina and general secretary (Organizations) Ashok Koul will be present.
In the evening, Amit Shah will hold another party meeting, which will discuss the strategy for Assembly elections in Jammu and Kashmir. This meeting will be joined by Ram Madhav, BJP general secretary and party’s pointman on Jammu and Kashmir, Union Minister of State in the Prime Minister’s Office (PMO), Dr Jitendra Singh, Lok Sabha member from Jammu-Poonch, Jugal Kishore Sharma, Ravinder Raina, Ashok Koul and some other senior party leaders from the State.
“The BJP will discuss party’s strategy for both Lok Sabha and Assembly elections including the aspect that whether they should be held jointly in April-May or Assembly elections may be deferred for couple of months,” sources said but added that a final decision vested with the Election Commission, which has to hold Assembly polls within six months of dissolution of the House. As the Assembly was dissolved on November 21, the elections have to be held before May 21, 2019.
According to sources, a date for visits of Narendra Modi and Amit Shah to Jammu and Kashmir will be decided during the twin meetings. While Modi is scheduled to visit the State for laying foundation stone or inauguration of some projects under the Prime Minister’s Development Plan (PMDP) etc, Shah is likely to address the party workers meeting and hold deliberations with senior party leaders to discuss the strategy for Lok Sabha and Assembly polls.
“Political situation in Jammu and Kashmir ahead of Lok Sabha and Assembly elections including strategy of other major stakeholders like National Conference, PDP, Congress, People’s Conference and some small players, will also be discussed at the meeting,” sources said, adding that the BJP wants to raise its tally in the Assembly from 25 to 30 and would like to retain three Lok Sabha seats of Udhampur-Doda, Jammu-Poonch and Ladakh, which it had won in 2014 Parliamentary polls as it feels that it wouldn’t be possible for it to gain any of the three remaining seats, which fall in the Kashmir region.
“The BJP leadership will be satisfied to retain three Lok Sabha seats in Jammu and Kashmir,” sources said, adding that it was trying hard to persuade its sitting Lok Sabha MP Thupstan Chhewang to review his decision to quit the BJP. In the event of Thupstan sticking to his decision, the BJP State leadership will be asked to immediately find out an alternate candidate so that he can be projected as the next Lok Sabha member.