NEW DELHI, Nov 5:
With the air quality in Delhi and surrounding areas hovering in the “severe” and “very poor” categories, Prime Minister Narendra Modi chaired a meeting on Tuesday to discuss the pollution situation in northern India.
“PM Narendra Modi chaired a meeting in which the situation arising due to pollution in various parts of northern India was discussed,” the Prime Minister’s Office tweeted.
The prime minister also reviewed the situation arising due to cyclone conditions in parts of western India.
The meet on pollution comes after back-to-back review meetings held by P K Mishra, the principal secretary to the prime minister, with top officials of Delhi, Punjab and Haryana on Sunday and Monday. According to the Central Pollution Control Board, Delhi’s air quality index dropped from 365 at 9.45 am to 331 at 3.45 pm on Tuesday.
In the National Capital Region, Greater Noida (348), Noida (358), Ghaziabad (351), Faridabad (311) and Gurgaon (328) also recorded improvement in air quality. An AQI between 0-50 is considered ‘good’, 51-100 ‘satisfactory’, 101-200 ‘moderate’, 201-300 ‘poor’, 301-400 ‘very poor’ and 401-500 ‘severe’. An AQI above 500 falls in the ‘severe plus’ category. The prime minister’s review of preparedness for cyclone ‘Maha’ comes a day after the National Crisis Management Committee, the apex body to respond to emergency situations, reviewed preparedness in Gujarat, Maharashtra and Daman and Diu ahead of the cyclone’s landfall between Dwarka and Diu on November 6 night.
The district authorities have been put on alert and all fishing activities have been suspended. The Daman and Diu administration also apprised the committee of their preparedness and evacuation plans. (PTI) 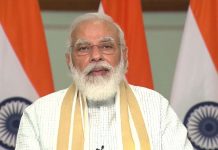 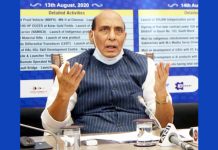 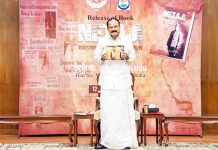