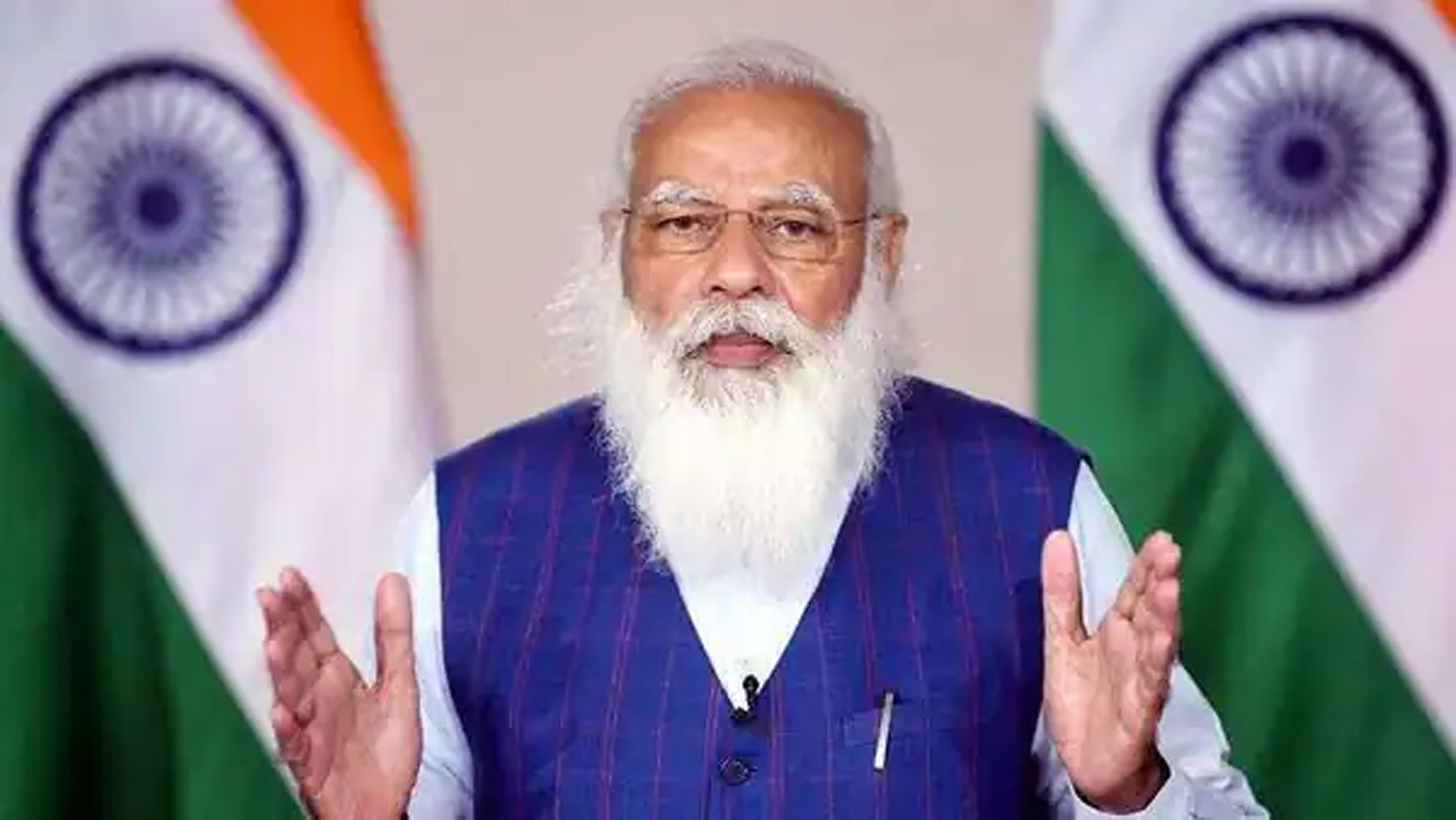 NEW DELHI, Apr 17:
As the daily COVID-19 cases surged to a staggering record-high level, Prime Minister Narendra Modi today reviewed the availability and supply of ventilators, oxygen and medicines to fight this pandemic and called for utilising the entire national capacity across private and public sectors to produce vaccines, amid concerns in various States about lack of these essentials.
Chairing a meeting to review the status of preparedness to handle the COVID-19 situation, Modi said local administrations needed to be proactive and sensitive to people’s concerns. These remarks assume significance in the backdrop of reports of COVID-19 patients and their families accusing the authorities in several states of apathy in providing treatment.
Modi said there is no substitute for ‘testing, tracking and treatment’, and that early testing and proper tracking remain key to reducing mortality.
“Together India had defeated COVID-19 last year and India can do it again, with the same principles but faster speed and coordination,” he said.
Directing officials to ensure close coordination with States, he said all necessary measures must be taken to ramp up the availability of hospital beds for COVID patients and that additional supply of beds through temporary hospitals and isolation centres should be ensured.
He also spoke about a need to utilise the full potential of India’s pharmaceutical industry to meet the rising demand of various medicines and reviewed the status of the supply of Remdesivir and other medicines.
On the issue of vaccination, the Prime Minister directed all officials to make efforts to utilize the entire national capacity, in the public as well as the private sector, to ramp up vaccine production.
Later in a tweet, Modi said, “Reviewed preparedness to handle the ongoing COVID-19 situation. Aspects relating to medicines, oxygen, ventilators and vaccination were discussed. Like we did last year, we will successfully fight COVID with even greater speed and coordination.”
The meeting came in the midst of a huge surge in COVID-19 cases across the country with reports pouring in from many States about the shortage of hospital facilities and essentials like oxygen supply.
The Prime Minister has been holding meetings with Chief Ministers and officials on a regular basis to discuss the situation and take measures to curb the pandemic.
In the meeting, Modi was joined by Cabinet Secretary, Principal Secretary to PM, Union Home Secretary, Union Health Secretary and the Pharmaceutical Secretary, among others while Dr V K Paul, Member, Niti Aayog, was also present.
An official statement said Modi was briefed on actions taken to address the issue of the availability of Remdesivir.
“Through the efforts of the Government, capacity and production augmentation for manufacturing of Remdesivir has been ramped up to provide around 74.10 lakh vials/month in May while the normal production output in January-February being just 27-29 lakh vials/month,” it noted.
Supplies have also increased from 67,900 vials on 11th April going up to over 2,06,000 vials on 15th April 2021 which are being particularly focused on states with high caseload and high demand, it added.
Modi took note of the ramped-up production capacity and directed that issues relating to real-time supply chain management to states.
The Prime Minister directed that the use of Remdesivir and other medicines must be in accordance with approved medical guidelines and that their misuse and black marketing must be strictly curbed.
On the issue of the supply of medical oxygen, Modi directed that the installation of approved medical oxygen plants should be sped up.
According to the statement, 162 PSA oxygen plants are being installed in 32 States and UTs from the PM CARES fund.
Modi was informed that one lakh cylinders are being procured and will be supplied to States soon.
The statement said officials told Modi that they are in constant touch with 12 high burden states in assessing the current and future requirement of medical oxygen.
A supply mapping plan for 12 high burden States till April 30 has also been undertaken. Modi also said that the supply of oxygen required for the production of medicines and equipment necessary to handle the pandemic should also be ensured.
Reviewing the status of availability and supply of ventilators, Modi noted that a real-time monitoring system has been created, and directed that state government concerned should be sensitized to use the system pro-actively. (PTI)