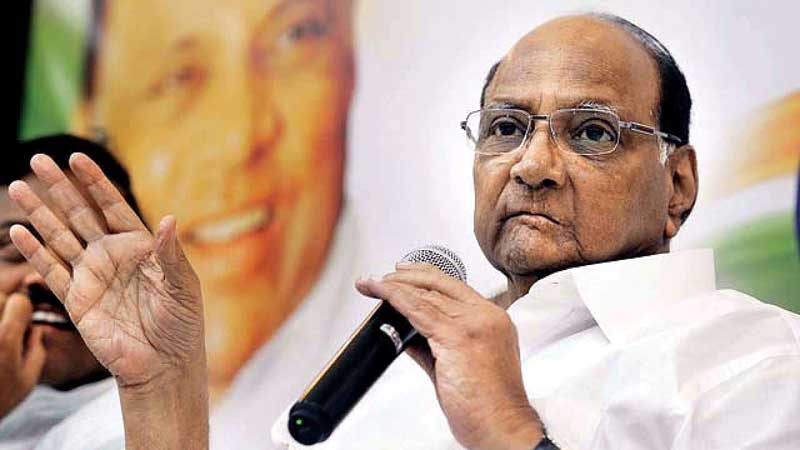 THANE, Apr 23: NCP chief Sharad Pawar has accused Prime Minister Narendra Modi of deliberately maintaining “silence” on issues like suicide by farmers and unemployment while campaigning for the Lok Sabha polls.
Addressing a rally at Bhayander in Thane district of Maharashtra Monday night, Pawar said unemployment has gone up manifold since the NDA Government came to power in 2014.
The former UnionMinister alleged that the Modi Government lacked policies for ensuring industrial and agricultural growth.
He was canvassing for Anand Paranjape who is the NCP candidate from Kalyan Lok Sabha constituency.
“Due to lack of any industrial policy, unemployment has gone up in Maharashtra which is the most industrialised state in the country. Modi Government is deliberately not making any attempts to ensure growth of industries and agriculture,” the NCP chief said.
Claiming that as many as 11,990 farmers have killed themselves since the BJP Government assumed office, Pawar said the prime minister avoids talking about this reality as well as other issues like farm distress, water scarcity and price rise at hustings.
“Modi also keeps mum on the Rafale deal scam. Under Modi regime, institutions like RBI, CBI, supreme court etc. are being undermined,” he alleged. (PTI)