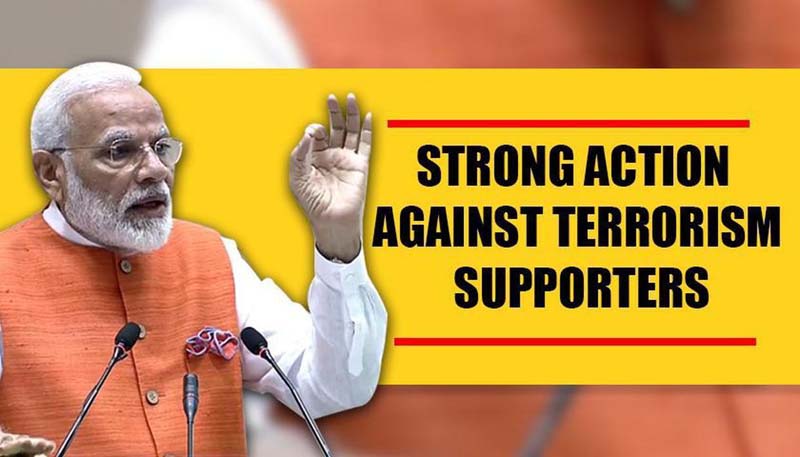 BANGKOK, Nov 4: Prime Minister Narendra Modi today affirmed the priority India attaches to firm and unambiguous action against terrorism and pitched for strong action against those abetting, sheltering and supporting terror groups.
Addressing the 14th East Asia Summit, a grouping of 18 countries including India, Modi called terrorism most heinous cross border crime, and sought decisive global action against the menace.
The leaders of the grouping vowed to scale up efforts to deal with terrorism, radicalisation and transnational crimes including by ramping up coordination with anti-terror watchdog FATF and relevant UN agencies.
“The Prime Minister underlined the priority India attaches to firm and unambiguous action against terrorism which is the most heinous trans-border crime and also action against those who abet, shelter and support terrorist groups which is the most heinous cross border crime,” Vijay Thakur Singh, Secretary (East) in the Ministry of External Affairs, told reporters here.
She said the EAS leaders also emphasized the imperative of acting against terror groups and those spreading violent extremism and radicalism.
The East Asia Summit is the premier forum in the Asia-Pacific region to deal with issues relating security and defence. Since its inception in 2005, it has played a significant role in the strategic, geopolitical and economic evolution of East Asia.
Apart from the 10 ASEAN member states, East Asia Summit includes India, China, Japan, Republic of Korea, Australia, New Zealand, United States and Russia. India was represented at the summit by Prime Minister Modi.
Singh said India welcomed 10-nation grouping ASEAN’s outlook on Indo-Pacific, reaffirmed ASEAN’s centrality in the region and highlighted convergence with India’s Indo-Pacific vision.
The Prime Minister also proposed an Indo-Pacific Ocean’s initiative to conserve and sustainably use the maritime domain and to make meaningful effort to create a safe and secure maritime domain.
At the end of its EAS summit, the powerful bloc came out with a declaration listing measures to be taken by member countries to deal with various security challenges facing the region as well as on ways to counter narratives of the terror groups. The group also released two other declarations.
“Coming together for a better future for our planet. Today’s East Asia Summit was characterised by fruitful deliberations on ways to mitigate various global challenges,” he tweeted.
The EAS declaration called for effective measures to counter terrorism including by containing terror financing in the region, seen as an affirmation of India’s call for concerted approach to deal with terror groups.
The declaration said the EAS will deepen cooperation with the Financial Action Task Force (FATF), United Nations Office on Drugs and Crime (UNODC) and FATF-style regional bodies.
The EAS also resolved to ensure effective implementation of FATF standards to deal with terror financing
The bloc also recognized the importance of preventing criminal misuse of information and communications technologies (ICTs) such as the internet for terrorism or to incite terrorist acts while resolving to intensify cooperation to combat and prevent transnational crimes.
The EAS also asked member countries to enhance collaboration in containing transnational crime consistent with domestic laws and regulations within and between member countries. (PTI)