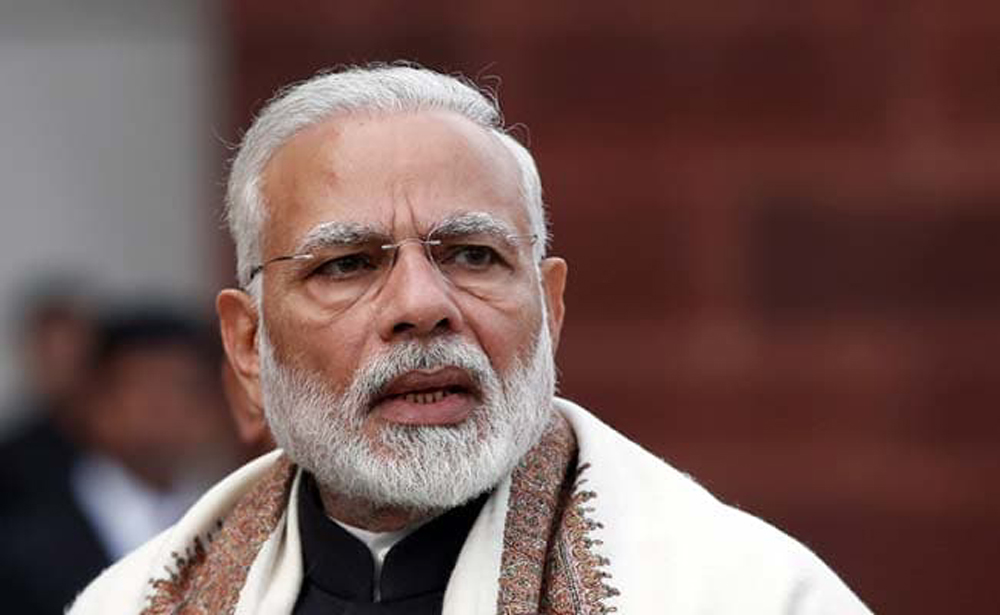 CWC meets in Gujarat, calls for change
AHMEDABAD, Mar 12:  The Congress today accused Prime Minister Narendra Modi of “cynically exploiting” the issue of national security to divert attention from his “colossal failures” and “persistent falsehoods” and asserted it won’t allow him to befool the people again.
Seeking to send out a strong message to the people from Narendra Modi’s home State Gujarat, the Congress said it will appeal with humility a mandate for change in the Lok Sabha elections for providing better governance and repair the damage caused to the economy and the country by the BJP Government.
The strong attack on the Prime Minister came in the resolution adopted by the Congress Working Committee (CWC), the highest decision-making body of the party, which was chaired by party president Rahul Gandhi and attended by all senior leaders, including Sonia Gandhi, Manmohan Singh, Ahmed Patel and Ghulam Nabi Azad besides Priyanka Gandhi Vadra.
The Congress also urged all democratic and progressive forces to unite and pool their energies to relentlessly fight and expose the BJP Government, and not to allow the nation’s political narrative be vitiated and focus deflected from the real issues that concern the people.
Rahul Gandhi earlier said no sacrifice was “too great” to defeat the RSS and BJP ideology of “fascism, hatred, anger and divisiveness”.
In his speech at the CWC meeting held at Sardar Patel National Memorial, he underlined the need to fight such forces together and said, “On the anniversary of Gandhi ji’s historic Dandi March, the Congress Working Committee in Ahmedabad, resolved to defeat the RSS/BJP ideology of fascism, hatred, anger and divisiveness.”
“No sacrifice is too great in this endeavour; no effort too little; this battle will be won,” he tweeted. His remark comes in midst of the Congress seeking to forge alliances with like-minded parties to unitedly defeat the BJP.
“Congress party expresses its strong disappointment that the Prime Minister is cynically exploiting the issue of national security, on which we are all united, to divert attention from his colossal failures, bogus claims and persistent falsehoods,” the CWC resolution said.
The CWC sends a “stern and unequivocal” message to India’s enemies that the country stands united and resolute as one to confront and defeat their nefarious agenda, it said.
India is a resilient democracy, proud of its brave armed forces. It shall never be defeated by forces of violence and terror, the resolution said.
“An atmosphere of fear and insecurity is all pervasive particularly among women, students, academics, writers and the business community; there are deliberate attacks on the constitutional and other safeguards for scheduled castes, scheduled tribes, OBCs and minorities; and there is subversion of all institutions of governance,” the strongly-worded resolution said.
The Congress said it seeks a “mandate for better governance and accountability, to repair the grave damage caused to our democratic polity, economy and society by the Modi Government, a mandate for change to restore the health of the Indian economy, for job creation, social justice and harmony”.
Briefing reporters after the CWC meeting, party’s senior spokesperson Anand Sharma said the Congress is committed to restoring the health of the Indian economy which has been collapsing due to the “monumental mismanagement” under the Modi Government.
“The working committee has met in the backdrop of terror attacks. The nation has spoken in one voice. The PM is seeking to divide the nation. He is questioning the commitment and patriotism of his and the BJP’s political opponents ahead of the elections,” he said.
The Prime Minister is exploiting the emotions and sentiments of the people to deflect attention from his failure and non-deliverance of promises made in 2014, he alleged.
Rahul Gandhi said the party will not allow Prime Minister Modi to once again “mislead and befool” the people.
By launching its poll campaign from Gujarat, the Congress has sought to send a strong message to the BJP and the government that it will fight back strongly and not allow the narrative to be taken away from real issues confronting the people, instead of rhetoric that the BJP wants to focus on.
The party earlier started the day by paying rich tributes to Mahatma Gandhi at the Sabarmati Ashram here. The day also marks the anniversary of the historic Dandi March, started by Mahatma Gandhi from Sabarmati Ashram on March 12, 1930.
It is also the first official CWC meeting of Priyanka after her appointment as Congress general secretary in-charge of Uttar Pradesh East.
In her speech, Sonia Gandhi accused Modi of playing the “victim card” saying the people of the country were the victims of his “wrong policies” instead.
She said Modi was undermining national security and lashed out at the government for ‘politicising’ issues related to national interest for political gains.
Sonia wanted Congress to come out with a vision for the country going forward as also highlight the achievements of the UPA Government.
She also said the issue of corruption in the Rafale deal should be highlighted in a big way in Lok Sabha elections.
Former Prime Minister Manmohan Singh, who also addressed the meeting, talked about the agrarian crisis, hampered industrial growth and unemployment under the present regime at the Centre.
The meeting started with a two-minute silence in memory of the victims of the Pulwama terror attack.
The CWC meeting is being held in Gujarat after a gap of 58 years. (PTI)