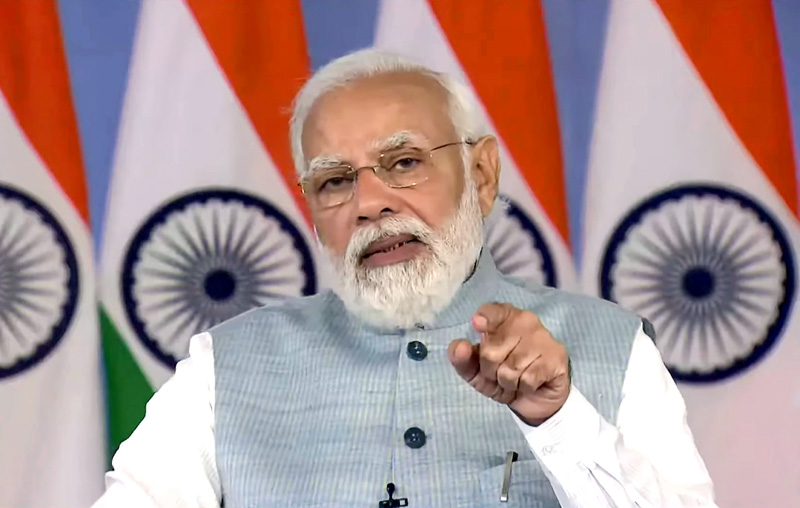 NEW DELHI, Mar 13: Prime Minister Narendra Modi today chaired a meeting of the Cabinet Committee on Security (CCS) to review India’s security preparedness and the prevailing global scenario in the context of the ongoing conflict in Ukraine.
Modi, official sources said, emphasised on integrating latest technology in the security apparatus and reiterated that every effort must be made to make India self-reliant in the defence sector so that it not only strengthens our security but also adds to the economy.
Modi was also given a detailed overview of global tech usage in the defence sector and India’s advances in it, they said.
An official statement said Modi was briefed on latest developments and different aspects of India’s security preparedness in the border areas as well as in the maritime and air domain.
“The Prime Minister was also briefed on the latest developments in Ukraine, including the details of Operation Ganga to evacuate Indian nationals, along with some citizens of neighbouring countries, from Ukraine,” it said.
Modi directed that all possible efforts should be made to bring back the mortal remains of Naveen Shekharappa, who died in Kharkiv.
Shekharappa, an Indian student studying in Ukraine, was killed in shelling following the Russian invasion of the country.
India has been able to evacuate most of its citizens, a large chunk of them students, from the war-hit country.
Defence Minister Rajnath Singh, Finance Minister Nirmala Sitharaman, and External Affairs Minister S Jaishankar were among those who attended the meeting.
NSA Ajit Doval and other senior officials also attended the meeting. (PTI)