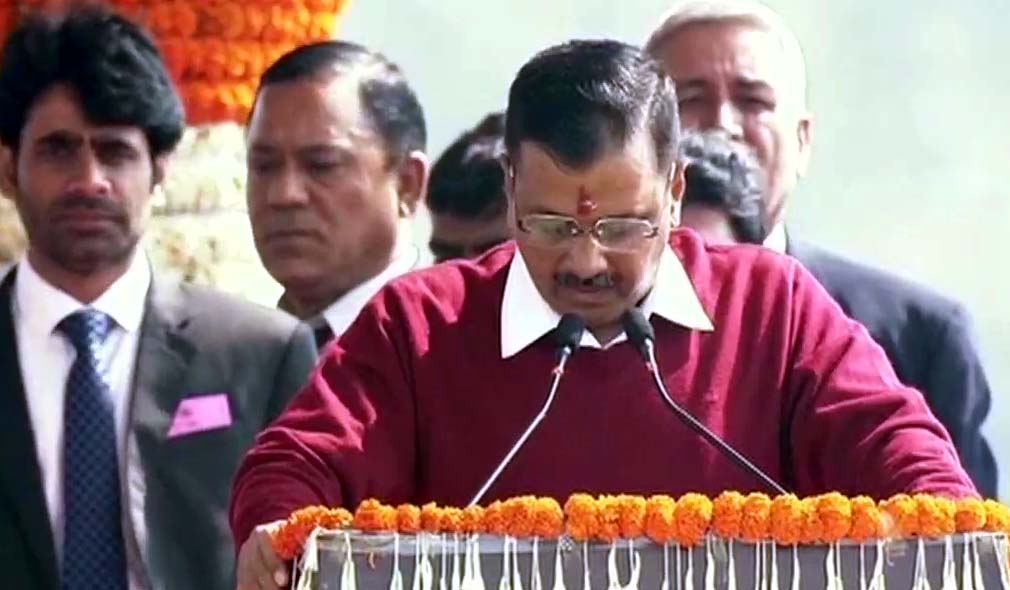 NEW DELHI: Two petitions have been filed in the Delhi High Court challenging election of Chief Minister Arvind Kejriwal and Deputy CM Manish Sisodia for allegedly violating poll campaign norms in the recent assembly elections in the national capital.
Justice V K Rao issued notice to Sisodia, the Election Commission’s Media Certification and Monitoring Committee (MCMC) and the returning officer seeking their stand on the petition moved by one of the candidates who lost against the Aam Aadmi Party (AAP) leader.
In the matter pertaining to Kejriwal, Justice Mukta Gupta asked the petitioner to correct some typographical errors in the plea and no order was passed in it.
The petitioner, Pratap Chandra, has alleged that Kejriwal and Sisodia campaigned in the 48 hours prior to the date of polling in violation of the norms which prohibit such practice.
Chandra had contested against both AAP leaders in the recent Delhi Assembly polls.
The two petitions seek that elections in the two seats, from which Kejriwal and Sisodia won, be declared as void and fresh bypolls be held there.
In his pleas, Chandra has contended that as per Section 126 of the Representation of People’s Act, 1951 no one is permitted to get undue advantage by way of any kind of election matter advertisement for making appeals to the voters to cast their votes in their favour before the 48 hours of the conclusion of the polling day.
” …But the high-handed candidates of the political parties were putting their election matter advertisement in various hoarding, papers, bus shelter and public utility display board, in which they have made appeals in favour of party as well as symbol, even on February 8. Such advertisement, at the last stage of the election vitiated the entire election process,” he has claimed. (AGENCIES)