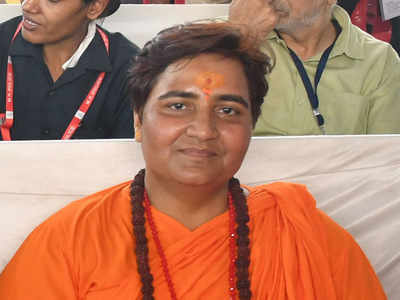 MUMBAI: BJP MP Pragya Singh Thakur on Thursday appeared before a special NIA court here in connection with the 2008 Malegaon blast case, in which she is one of the prime accused.
Her appearance came a day after special court judge V S Padalkar asked all the accused in the case to take note of his order (passed in May last year) directing them to appear before the court at least once a week.
Thakur had last appeared before the court in June 2019.
Seven persons, including Thakur and Lt Col Prasad Purohit, are facing trial in the case.
Six people were killed and over 100 injured when an explosive device strapped on a motorcycle went off near a mosque in Malegaon, a town about 200 km from here in north Maharashtra, on September 29, 2008. (AGENCIES)