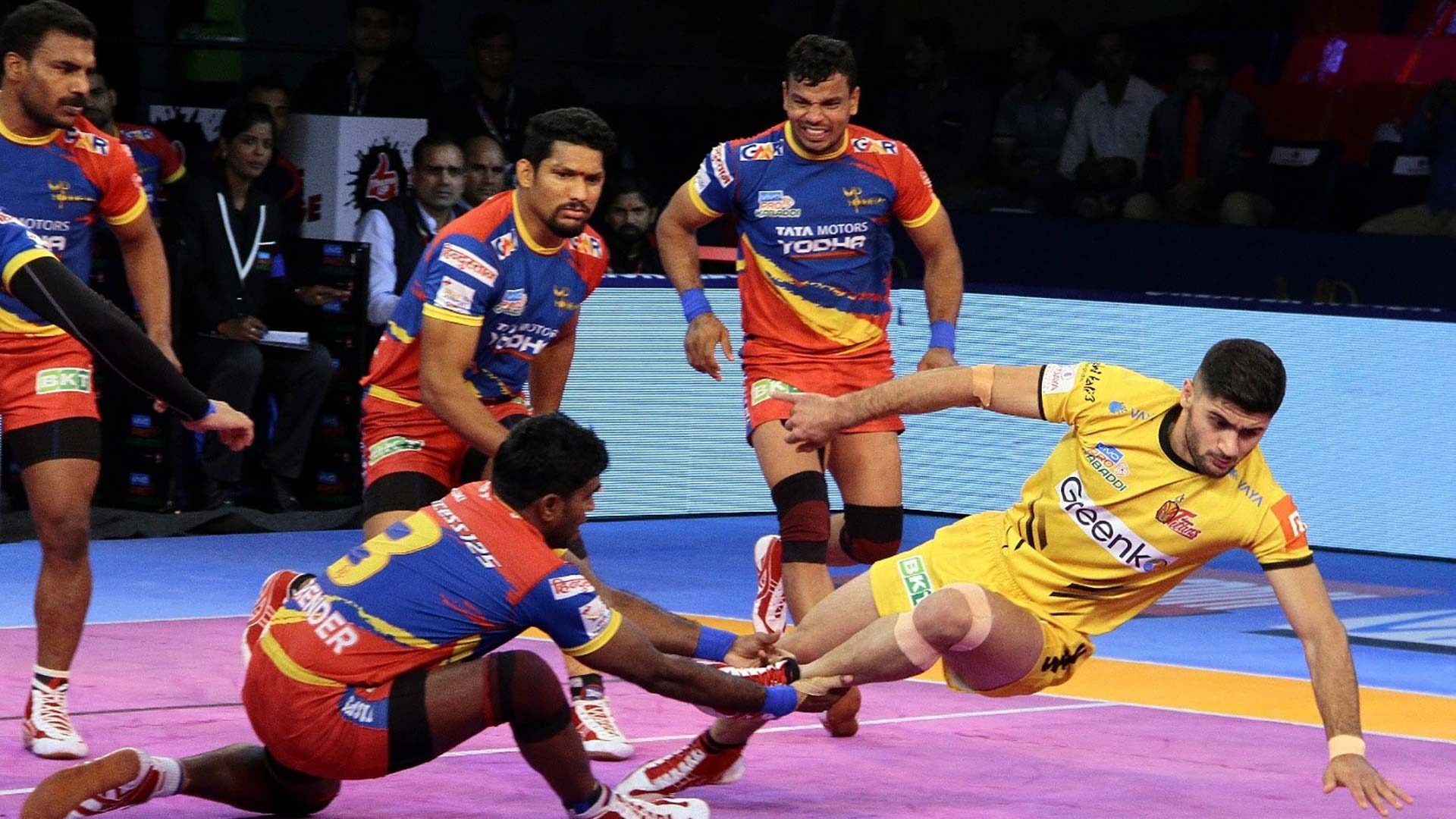 MUMBAI: The Telugu Titans and UP Yoddha Pro Kabaddi League match on Friday ended in a tie with both teams at 20-20.

UP player Sumit went out of the mat and thus Telugu got a crucial point and had almost won the game on 20-19 before an unexpected thing happened.

Desai’s teammates entered the mat before the final whistle was blown, resulting in UP being given a “technical point” by match officials, leading to the match ending as a tie.

But in the sixth minute, UP removed Siddharth as he went in for an unsuccessful raid to reduce the gap to 3-5. (AGENCIES)