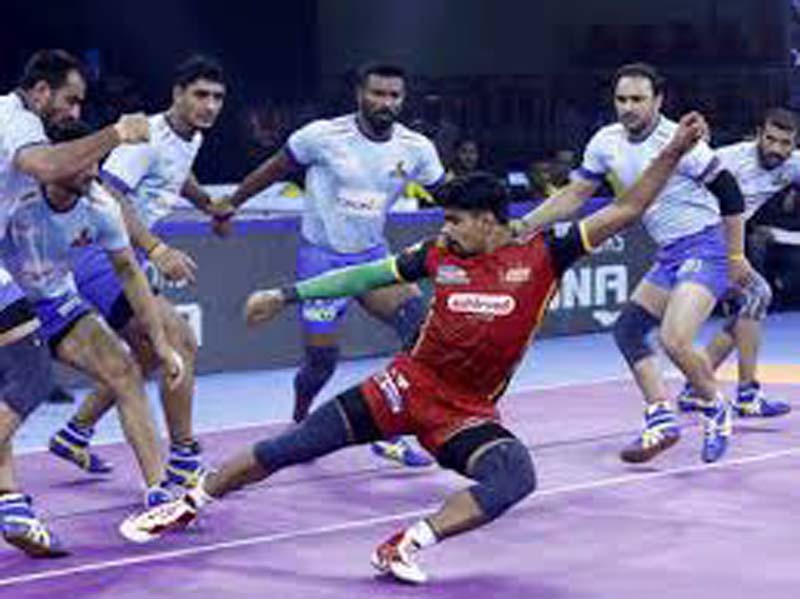 Sehrawat’s storming early raids meant the former found themselves 5-0 up in the opening four minutes of the match.

Thalaivas’ poor form in the do-or-die raids continued as they lost Ajay Thakur and Shabeer Bappu.

and silenced the home crowd as the scoreline read 10-0.

raid. But, Bengaluru Bulls went into the halftime break 17-10.

Ajith Kumar managed to get out of the grasp of Sehrawat and a brilliant foothold from Ran Singh meant Bengaluru’s lead got narrowed down to just five as the teams resumed play. (AGENCIES)