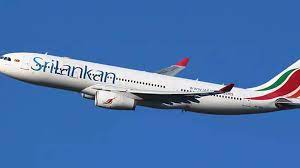 Colombo, Nov 28:More pilots have begun to leave SriLankan Airlines, putting the national carrier’s revival under pressure, it was reported on Monday.
In comparison to pre-Covid cadre of 318 pilots, the current team has been reduced to 235, with nearly 40 to follow suit in the coming months, the Daily FT newspaper reported.
Airlines CEO Richard Nutall admitted the matter was of concern.
The number of people leaving is starting to go up. This is something which we are watching very carefully and discussing with the Board and the Ministry as well, he added.
SriLankan has a fleet of 24 of which only 19 are in deployment.
The Daily FT learnt that the exodus of pilots was largely fuelled by internal issues such as pegging the salaries at an artificially low US Dollar rate of Rs 225 whereas its real value is Rs 360-370.
The recommendation to revert to a realistic rate as opposed to a negative 60 per cent difference hasn’t yielded a positive reaction from the management.
This and the overall lower remuneration along with new higher income tax have prompted the pilots to opt to seek new careers in competing Middle East airlines which are on a hiring spree.
The exit by pilots also comes at a time when tourist arrivals are picking up in the current winter season. Last week, the SriLankan CEO announced plans to increase frequencies to London, Singapore, Bangkok, Kuala Lumpur, Seoul and Sydney.
(UNI)