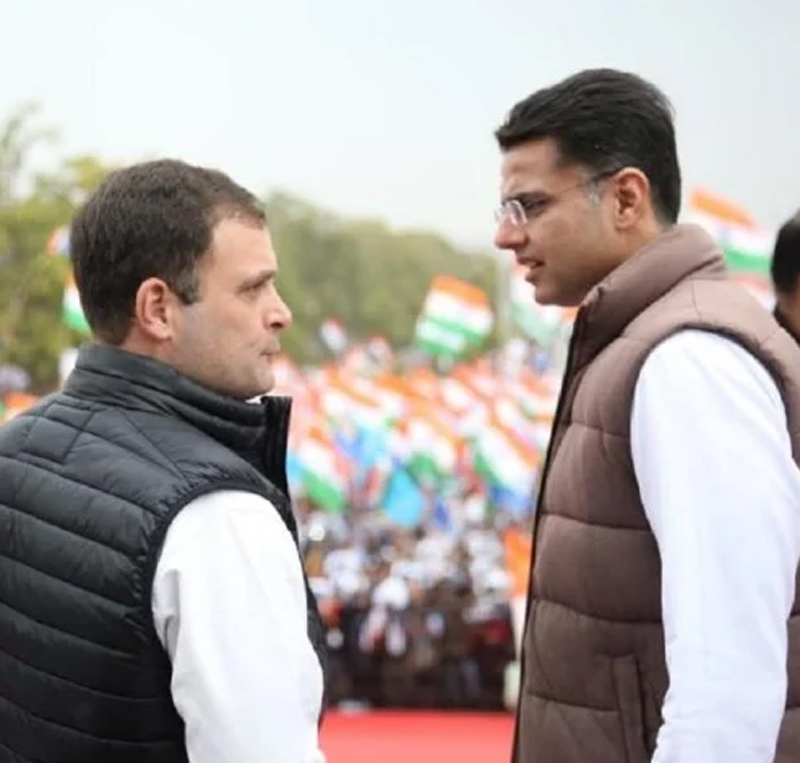 NEW DELHI, Aug 10:
Sachin Pilot will work in the “interest of the Congress”, and a three-member committee will be set up to address the grievances of Pilot and other aggrieved MLAs, the Congress said today after a meeting between the rebel leader and former party chief Rahul Gandhi, signalling a “amicable resolution” of nearly a month-long Rajasthan crisis ahead of the crucial Assembly session from August 14.
The meeting between Rahul Gandhi and Pilot at the former party chief’s residence, where Priyanka Gandhi Vadra was also present, lasted two hours during which they had a “frank, open and conclusive” discussion.
While the Congress did not give details of what transpired in the Rahul-Pilot meeting, AICC general secretary (Organisation) K C Venugopal said in a statement that following the meeting, Sonia Gandhi has decided that the AICC will constitute a three-member committee to “address the issues raised by Pilot and the aggrieved MLAs and arrive at an appropriate resolution thereof”.
“Shri Sachin Pilot has committed to working in the interest of the Congress party and the Congress Government in Rajasthan,” it added.
On his part, Pilot said,”we raised issues of principles before the Congress leadership, and welcome their assurance of a time-bound redressal of our grievances.”
Asserting that he doesn’t crave for any post and that the party can take back the position given to him, Pilot said,”some personal remarks have been made against me. I feel there is no place for personal mudslinging in politics”, in an apparent reference to Gehlot’s ”nikamma” remarks against him.
Congress chief spokesperson Randeep Surjewala said, “the political crisis in Rajasthan Congress stands resolved amicably by the intervention of none other than Rahul Gandhi himself.”
“This is reflective of steadfast unity in Congress party and the commitment of Congress legislators to never fall prey to BJP’s evil designs to defeat democracy,” he said. (PTI)