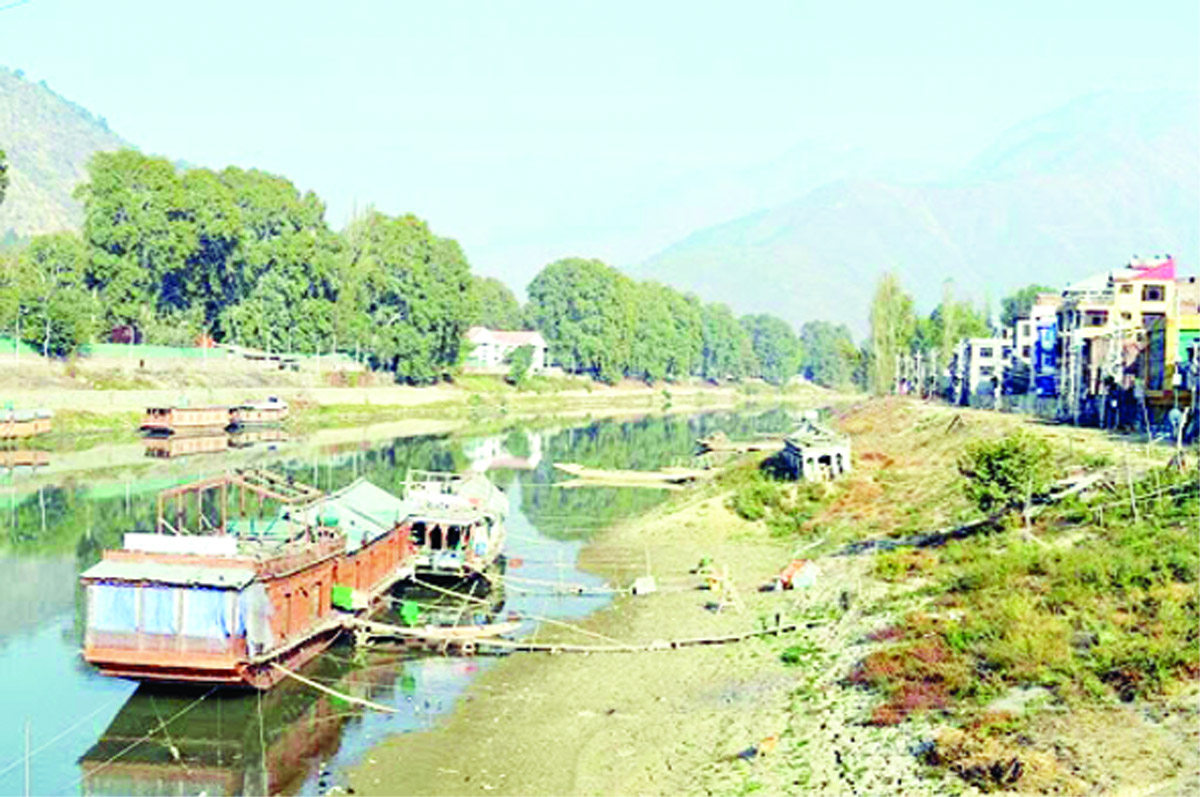 Anuj Kumar Verma
I was, today, just going through the past history of India to study origin of the famous “Chipko – Save Trees Movement” in India. I was swayed away with a strong wave of emotions when I came to know about supreme sacrifice made by Amrita Devi and her three daughters alongwith 359 Bishnoi caste people at village Khejadi in Jodhpur on September 10, 1730 A.D. to save cutting of green Khejri (Prosopis Cineraria) trees by the royal forces of Maharaja Abhay Singh, ruler of Marwar (Jodhpur) state. Amrita Devi gave this slogan – “If a tree is saved even at the cost of one’s head, it’s worth it”. How sensitive, these great people were about environment and its protection. Even in Jammu and Kashmir, we find saints like Baba Nund Reshi, Lal Ded who dedicated their lives for cause of nature and humanity. We had a golden past when water springs in Kashmir valley and many parts of Jammu province were called “Nag” and revered by believers of all religions. Water bodies like water bowlis and rivers were thought to be very sacred.
But, where do we stand today? In J&K State, now a Union Territory, during last three decades of insurgency, we witnessed looting of forests often with criminal connivance of moles in the State administration. Timber smuggling needs to be stopped, at any cost. Already, much losses have been made to our environment by timber smugglers, taking benefit of unrest in this part of the country. People and the environment groups need to keep a close watch on cutting of trees during construction of roads, flyovers and highway widening projects. Unnecessary felling of trees should be resisted and bought into knowledge of the Government. People need to change their mindsets and raise their voice against encroachments made on forest or State lands. Unauthorised constructions and illegal encroachments have pushed lakes such as the Dal, the Anchar, the Nigeen, and the Wular to the brink of extinction. Even bunds of Jehlum river are not spared by those moneyed and keeping influence in power corridors, a number of multi storey buildings have come into existence during last two decades on banks of river Jehlum, surprisingly, showing thumbs to enforcement agencies. Flood channels are either encroached or narrowed down. We haven’t learnt lessons from floods in Kashmir valley during year 2014, when more than half of the Kashmir valley remained submerged under flood water. Same is the situation in Jammu, where unauthorised colonies have emerged on banks of Surya putri river Tawi. Parts of forest and UT land areas in Belicharana, Sunjwah, Bhatindi, Sidhra, Bantalab, Nagrota, Marh, Janipur also, reportedly, stand encroached by people with help of few political leaders (law makers) and enforcement agencies. Reports have been coming of sewage nullahs falling in river Jehlum, Tawi, Devak, Basanter and Dal Lake. All household wastes and garbage from nearby colonies is thrown in such water bodies during night hours. A number of Tourist houseboats in Dal lake and families living on houseboats in river Jehlum are also badly polluting Dal Lake as well as river Jehlum. We have failed to make much improvement in the situation because of lack of perspective approach and half hearted efforts put in by the responsible agencies and an apathetic approach adopted by people, themselves, at large. Construction of big bunglows, resorts and hotels was allowed, violating all environment norms, on hilltops in Baramulla, Anantnag and even Srinagar district, during last one and half decades. Reportedly, a number of unauthorised brick kilns operate in brazen violation of over 12 environmental and other laws of the land in Budgam districts. These kilns wreaked havoc with the land and local water bodies, causing major ruin of agriculture and horticulture. Our age old water harvesting ponds are either converted into plain areas with construction of parks or buildings or not in use because of surface water leakage & silting problems. Though efforts are being made by the government agencies since last four five years to mark and free encroached ponds, but much efforts & public cooperation is imperative in this grave issue.
During last two decades, we all witnessed a big number of hazardous industries manufacturing chemical pesticides, fertilizers, weedicides, herbicides, calcium carbonate, mosquito repellent coils etc especially in Samba district. Sale of many of these chemical products is banned in our neighbouring states of Punjab and Haryana. These, not only, cause air pollution but also pollute our water bodies. Reports are coming that manufacturing of flavoured drinks and packaged water by big F&B industries are depleting levels of ground water, especially in Samba district, which is already suffering from scarcity of water supply to many of its dry land areas.
Many cement plants of big business houses are operating close to hilly areas. Industrialization is necessary for economic growth of a region and a country; But, this is high time we think, implement and promote only green and non polluting industry. We have a habit to blame Government for every such folly, but we also need to share responsibility and spare some time to deliberate upon such serious issues causing threat to nature as well as human existence. When most among us start thinking like the brave Amrita Devi & her daughters, Baba Nund Reshi and Lal Ded, the Government agencies shall also be under pressure in implementing all environment laws and policies, in full letter and spirit. We all have to realise this fact that all government functionaries are from amongst us only, many of them our family members, our friends & relatives. When we all make up our mind to think & adopt green policies only; to work for restoration of degraded environment, to remain vigilful in our vicnity areas against environmental destruction; Much change shall be visible shortly in our environment.
For feedback, write at verma.anujjk@gmail.com