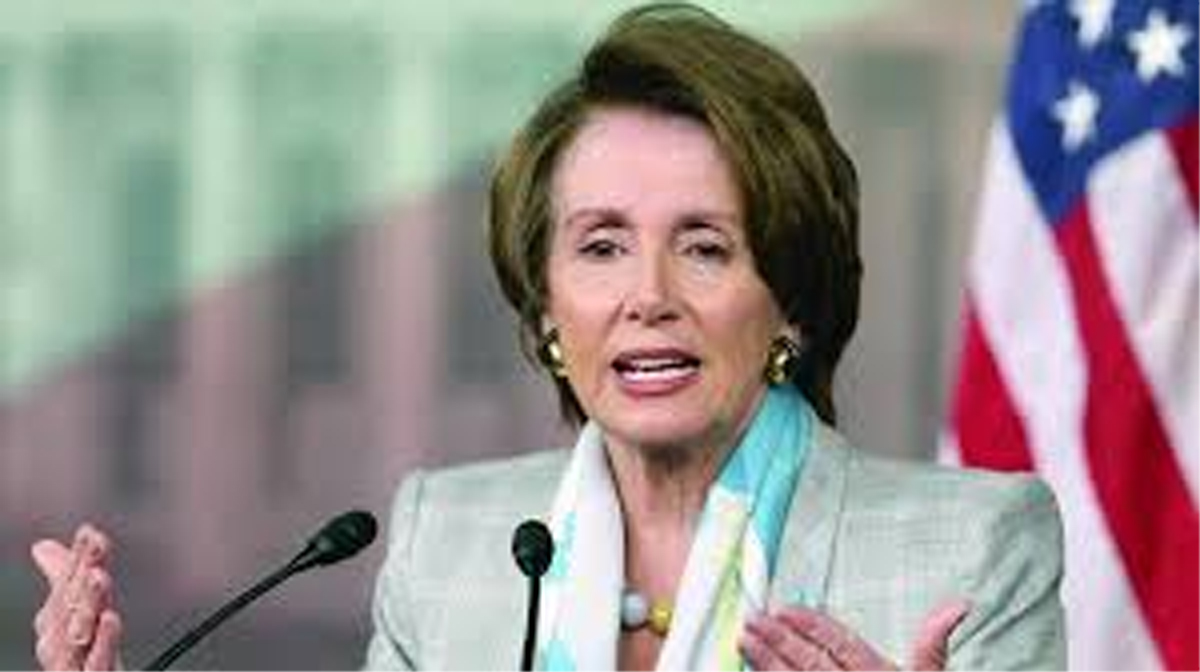 WASHINGTON, Jan 19: Democratic House Speaker Nancy Pelosi has claimed that she had to cancel her trip to war-torn Afghanistan as the White House had “leaked” her plans to fly commercially and caused a security risk.
US President Donald Trump had Friday denied Pelosi’s “excursion” to Brussels and war-torn Afghanistan, a tit-for-tat retaliation for her suggesting him to reschedule his annual State of the Union address slated for January 29.The speaker had made the suggestion citing security concerns triggered by a nearly four-week federal government shutdown.
The developments have only deepened the divide between the Trump-led Republican party and Pelosi-led Democrats which are already at loggerhead over the US-Mexico border issue that led to the shutdown.
Speaker Pelosi accused Trump of endangering the lives of Americans by revealing to the world about her trip to Afghanistan.
She told reporters Friday that “any time anyone with a bright light, of the presence of a high-level, or any level of Congressional Delegation in a region, you’ve heightened the danger. And this was a high power.”
Recounting the sequence of events, Pelosi said around 2 pm on Thursday she and other members of a Congressional delegation were in a bus to Andrews Joint Air Base for the military plane headed to Afghanistan.
“Our Members who were on the bus – I was ready to join them for a 2:15 wheels up from here to Andrews Air Force Base to visit our troops, pay our respects; to thank them for their service, their sacrifice and their dedication; to get a measure of the leadership of Afghanistan, strength of their military, the morale of their people, she said.
The speaker said that “it’s about governance, it’s about security, it’s about the civilian affairs in the country as we make our oversight decisions about our policy, the engagement that we have in Afghanistan.”
She said the members were on the bus and she was about to join them when the president “cancelled the trip. “It was kind of a funny letter – saying seven days, going to Egypt – somebody didn’t tell him it was a quick weekend trip, but nonetheless, that served his purpose,” Pelosi said.
“Forgetting him for a moment, not only that, but we had the prerogative to travel commercially and we made plans to do that until the administration leaked we were travelling commercially and that endangers us,” she said.
Pelosi said they were not going to go, claiming that they had a report from Afghanistan that the president outing their trip had made the scene on the ground much more dangerous.
However, Trump alleged that Pelosi and the delegation were headed on an excursion trip.
“Why would Nancy Pelosi leave the country with other Democrats on a seven-day excursion when 800,000 great people are not getting paid. Also, could somebody please explain to Nancy & her “big donors” in wine country that people working on farms (grapes) will have easy access in!” Trump charged.
The White House denied Pelosi’s allegations, with a senior administration official saying that. When the speaker and about 20 others from Capitol Hill decide to book their “own commercial flights to Afghanistan, the world is going to find out”.
The idea we would leak anything that would put the safety and security of any American at risk is a flat out lie,” the official said.
Speaker Pelosi said one never gives an advance notice of going into a battle area.”You just never do. Perhaps the President’s inexperience, didn’t have him understand that protocol. The people around him, though, should have known that. That’s very dangerous,” she alleged.
The president’s statement has made it “dangerous for our travel”. The fact that they would leak that we were flying commercial is a danger not only to us but to other people flying commercially, Pelosi, who is third in line to the presidency, said.
“We’ll go again. We’ll go another time. This would have been my ninth trip,” she said.
Earlier, her spokesman Drew Hammill said in a statement that “in the middle of the night, the State Department’s Diplomatic Security Service provided an updated threat assessment detailing that the President announcing this sensitive travel had significantly increased the danger to the delegation and to the troops, security, and other officials supporting the trip.
He said the visit’s purpose was to express appreciation to US troops and obtain “critical” briefings from them. The trip did not have Egypt as a stop.
Congresswoman Susan Davis, a senior member of the House Armed Services Committee, said for a president to cancel and leak the details of a speaker’s trip to a war zone is beyond reckless.
“The importance of confidentiality until members and those accompanying safely returned from their mission is paramount. Not only did he and his staff endanger the Speaker and other members on the trip, but he also endangered our troops, security personnel, and the other travellers on our flights,” Davis said. (PTI)