Excelsior Correspondent
SRINAGAR, Feb 3: National Conference today asked PDP president Mehbooba Mufti to make public her alleged charter of demands from the Central Government so that the people could actually compare her alleged demands with the eventual concessions, or lack of concessions that she is able to extract.
Lashing out at PDP for being responsible for the present political stalemate in the State, NC general secretary Ali Mohammad Sagar said Mehbooba Mufti’s ten month conspicuous silence on issues like AFSPA revocation spoke louder than any antics that are being enacted now to salvage the last remnants of PDP’s image in the State.
“Mehbooba should tell the people what she is demanding from the Central Government since these demands are being made in their name and at a cost of their right to have an elected Government. BJP has officially stated that they have not received any demands from the PDP, a declaration that has exposed PDP’s drama. If at all there are any political demands, the people need to know so that they can then measure these demands in comparison to what Mehbooba succeeds in achieving”, NC general secretary said while talking to reporters at Party Headquarters in Srinagar on Wednesday.
Mr Sagar said until Mehbooba Mufti declares the charter of her demands, PDP’s current posturing amounted to precious little and was nothing beyond a theatrical performance aimed at rebuilding a severely dented image.
Condemning the ongoing political stalemate in the State, the NC general secretary said there were only two options to uphold the principles of the Constitution – that either PDP and BJP form the Government without any further delay or fresh elections be announced in the State. “There can be no middle path and status-quo in perpetuity with limitless extensions and new deadlines not only violates basic principles of the constitution but also come at a grave risk of discrediting democratic institutions in the State”, he said while responding to questions about the political stalemate in the State.
“National Conference is prepared for fresh elections – which seems like an inevitable possibility. The rank and file of our party are organized, prepared and upbeat about the prospects of our party to be part of a democratic exercise that would give the people of the State a chance to take the State out from this darkness and morass of political instability and confusion”, Mr Sagar added. 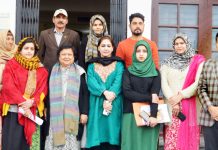 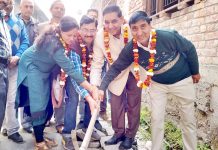 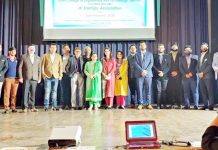 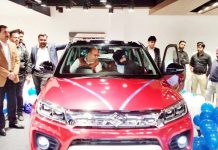 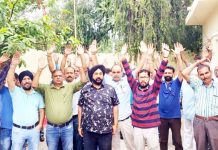 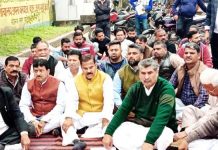 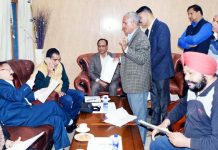 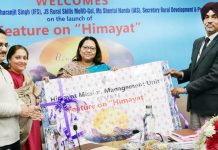 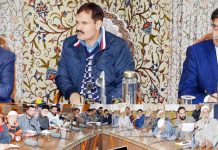 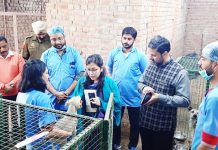 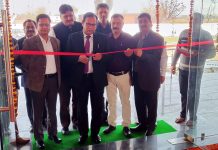 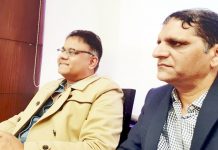