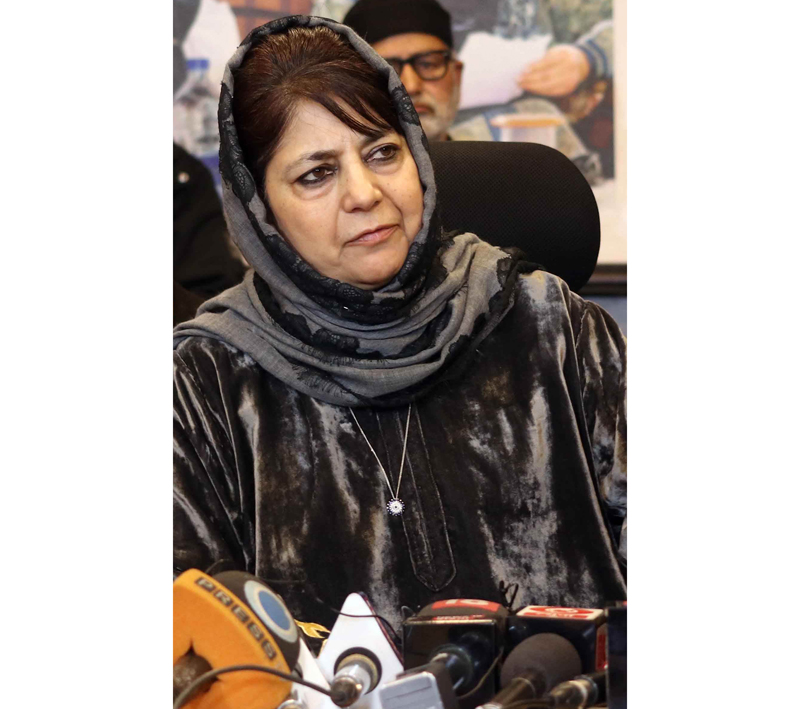 Mehbooba to contest from Anantnag

Click here to watch video
“PDP is the largest party in the State and we discussed about Jammu as well. Last time we got around 2.75 lakh votes from Jammu-Rajouri Parliamentary constituency. And we got 30-40,000 votes from Udhampur-Doda segment. Some leaders said that we should contest elections from Jammu and Udhampur constituencies. But some of our workers, civil society and other groups appealed us that if by our contesting elections secular vote is getting divided and the forces that are bent upon trying to destroy Jammu and Kashmir this time are getting strengthened. So it was decided that in the larger interest of the State we should not contest elections from Jammu and Udhampur Parliamentary constituencies”, she said.
“We are seeing that in the country the coalitions are not shaping as they should have been but we made a unilateral effort here so that secular vote should not get divided and we made an effort for that. We want to strength secular forces”, she said.
She also added that the decision for Ladakh Parliamentary seats will be taken soon.
“The PDP Parliamentary Board meeting was held today. We had already taken decision on fielding some candidates and about others decision was taken today”, she said.
Mehbooba said that people here are being pushed to the wall and violence must come to an end at an earliest.
Regarding ban on JKLF, Mehbooba said that Kashmiris are once again being used as ‘scapegoats’ in the pretext of elections. “In democracy, there is battle of ideas and such kind of things should not happen. Every voice should be fought politically rather than suppression and oppression,” she added.