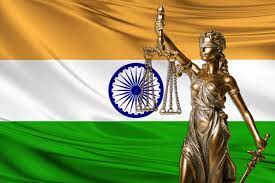 Association for Democratic Reforms (ADR) and National Election Watch like organisations are undoubtedly doing their job of attempting to highlight background reports based on criminal, financial, educational and income tax details of candidates who contest and win elections, become MPs, MLAs and Ministers in India. The general trend of raising of, if not amassing, the assets of these elected representatives over years showing ”increasing ” trend, in certain cases abnormally, are analysed by both these organisations. Not only this, the trend of spending lavishly during election campaigns too come under the analysis of these bodies . Not going into details, however, the question is besides generating such concerned critical details for information sake or generating the requisite interest in, surprise and even astonishment from general public, what the effect on ground of these revelations is? Noteworthy feature of the reports prepared by these organisations is the fact of inputs collated by them on self declaration basis by these elected members of the legislatures revealing criminal and serious criminal cases pending disposal against them. However, a recent analysis showing that as much as 31 percent of our Rajya Sabha Members, fondly called as elders, have registered criminal cases against them, even one of the most heinous crimes like under Section 376 of the IPC – that of rape. Add notionally to this 31 percent, at least just half as much, which due to wielding political influence and even coercion against the victim, leads to filing of no, absolutely no criminal cases – the number could swell to nearly touching an alarming 50 percent, not auguring well for our democratic system as this is a shocking and absolutely surprising but a dismal state of affairs of our polity. Imagining about an ordinary man facing a similar charge under this Section – 376 though not a compoundable offence, rarely courts grant bail but in case of a law maker charged under this section, he can freely attend the proceedings of the Parliament . Not only that, analyzing on financial grounds, average cost of assets per Rajya Sabha member is worked out to be Rs.80 crore. Again, these figures are based on self declaration basis. In literal sense, a country which is governed by its elected members and having average assets (duly declared) to the tune of Rs, 80 crore can hardly be called as ”poor” since our elected representatives are symptomatic of our overall position, economic, social and cultural – besides, of course, reflective of our collective choice, preference and liking since they being the ones from amongst us . Did not we dream of an egalitarian system where all were to be considered equal specially in matters of equal access to income and wealth? Even, did not we aspire for an honest, unblemished, simple, less expensive but effective system of political governance? What is the reality? The reports from the ADR and National Election Watch in respect of offences committed and criminal cases filed and pending against some Law Makers comprise offences also like murder, offences against women, attempt to murder and the like. In this unfortunate and totally unexpected scenario, there appears to be “no distinction” as uniformly and evenly, members belonging to almost all prominent political parties like the BJP, Congress, TMC, NCP, RJD, AAP, CPI(M), YSRCP and the list is long, are involved in criminal offences as per the findings of the organisations under reference. Now the question is whether anytime any type of debates, calling attention motion or even question-answer during zero hour like parliamentary proceedings have ever taken place in the Parliament in respect of the grave issue, if not why? Have ever members from the opposition benches walked out or registered their protest over these issues not being debated in the Parliament, if not why? Is there anywhere a sustained campaign for bringing in drastic electoral reforms in our parliamentary democratic system being encouraged let alone laws made in the Parliament to lend increasing credence to probity, utmost honesty and thrust on public service undergoing for which the required materialistic ambitions and personal desires need to be relinquished, if not why? Political scientists with a pointed vision would term this type of existing democratic one-upmanship nothing short of a ”protected” political hegemony cum monopoly where the rule “what we do is the rule” prevails. These reports and ”findings” are, therefore, just for academic purposes because to undo them and to bring in reforms, it is these very law makers who can change and reform by making relevant laws but why should they do it and in this, they are all united irrespective of whether in Government or in opposition exactly in the manner when pecuniary benefits like rise in salaries and perks are pressed for by all – treasury benches as well as by opposition benches- and granted by the Government. Still, to recall the famous lines ”Woh subho kabhi tou ayegee” is what consoles ordinary Indians about such reports being nowhere there in respect