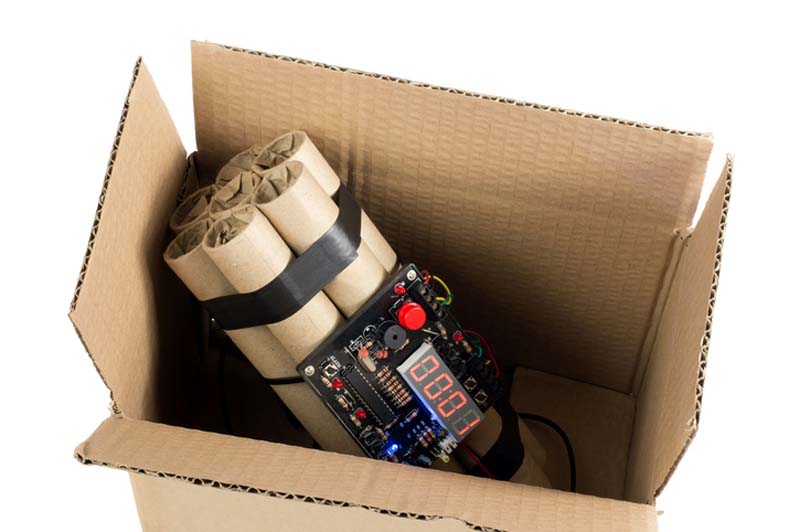 SAMBA, Jan 22: A Border Security Force (BSF) jawan of 173 Battalion Headquarters suspected to be an expert in handling explosives was arrested by Samba police in connection with the delivery of parcel bomb at his camp in Panj Tila area of Samba district early this month and has been sent to Joint Interrogation Centre (JIC), official sources said here today.
The jawan identified as Samarpal and a native of Kolkata was detained from his residence in Hubli area of the city on January 10 and later arrested, sources said.
“The jawan has been arrested for questioning and further investigation is on” Additional SP Samba Faisal Qureshi told Excelsior. He said the FIR has been registered in Police Station Samba in this regard. Without divulging more details, he added the jawan has been since arrested by the police and he was brought to Samba from Kolkatta.
Sources said that the jawan has been sent to Joint Interrogation Centre (JIC) for sustained questioning to ascertain the sources where from he received the Improvised Explosive Device (IED) for making the parcel bomb.
A parcel containing an IED was delivered to the 173rd Battalion Headquarters of BSF at Panj Tila in Samba district on January 5, the police said. It was addressed to the Second in Command Gurvinder Singh and the sentry at the gate became suspicious about the parcel and he informed the officers. Later the Bomb Disposal Squad was put into service to defuse it, police added.
A case under various sections of the Indian Penal Code (IPC) and Explosive Substances Act (ESA) has been registered at Police Station Samba in this regard and an investigation was launched which led to arrest of Samarpal.
Sources said Samarpal is an expert in handling the explosive substances and is believed to have prepared the IED as he wanted to take revenge from his Assistant Commandant over some issue. He had left the parcel bomb at the main gate of the camp before leaving for the home.