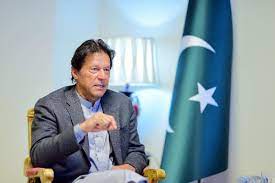 Islamabad, June 30: Pakistan Tehreek-i-Insaf (PTI) has moved the Islamabad High Court (IHC) seeking permission to hold their rally at the Parade Ground on July 2, Dawn reported on Thursday.
In the petition they have sought the court’s directions to the deputy commissioner (DC) Islamabad to grant them permission to hold their rally at the concerned place on the said date.
Former Prime Minister Imran Khan announced that the rally scheduled to be held by his party in Islamabad is against the coalition government. The PTI contended in its petition that it had approached the DC, Islamabad with their application seeking permission and necessary security arrangement for the gathering but he (DC) was using delaying tactics.
He accused Islamabad DC of violating his constitutional rights of assembly at the behest of interior minister. (UNI)