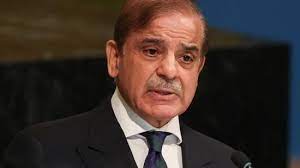 Islamabad, Nov 25: Pakistan Prime Minister Shehbaz Sharif on Friday embarked on a two-day official visit to Turkiye to promote defence and economic ties.
The Prime Minister is visiting Turkiye at the invitation of President Recep Tayyip Erdogan, according to the Foreign Office (FO).
“Alongside President Erdogan, Shehbaz Sharif will jointly inaugurate the third of the four MILGEM corvette ships for the Pakistan Navy, PNS Khaibar, at the Istanbul Shipyard,” said FO.
The MILGEM project, a joint collaboration between the two nations, represents a significant milestone in the Pakistan-Turkiye strategic partnership that continues to progress on an upward trajectory.
The launching ceremony for the first corvette for the Pakistan Navy, PNS Babur, was performed in Istanbul in August last year while the groundbreaking for the second ship, PNS Badr, was held at Karachi in May this year.
The two leaders will also hold wide-ranging discussions encompassing bilateral relations, the regional situation and other issues of common interest.
Sharif will interact with leaders of the Turkish business community. Sharif had earlier visited Turkiye in May-June this year.
“Our bilateral ties have entered a new era of strategic partnership under the leadership of President Erdogan,” Sharif tweeted.
The Prime Minister also added that “we are on course to unpack the full untapped potential of the relationship.” (PTI)