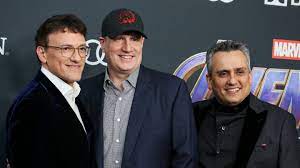 Los Angeles, Nov 25:Filmmaker duo Joe and Anthony Russo’s production banner AGBO will produce a new Prime Video series, detailing the rise and fall of cryptocurrency platform FTX.
According to entertainment news website The Hollywood Reporter, the show will be penned by David Weil, who earlier created “Hunters” for the streaming service.
The Russos, known for many Marvel blockbusters such as “Captain America: Civil War” and two “Avengers” films, are expected direct the first episode.
FTX was founded by Sam Bankman-Fried in 2019 and it quickly became one of the biggest crypto exchanges on the market.
However, a series of revelations in the last one month led to devastating losses at FTX and its related trading firm Alameda Research, with FTX eventually filing for Chapter 11 bankruptcy protection and a group of investors suing the company and several celebrity endorsers for fraud.
The Russos are currently awaiting the release of their much-anticipated spy series “Citadel”, starring Priyanka Chopra Jonas and Richard Madden. The show will debut on Prime Video. (PTI)