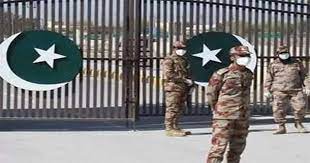 ISLAMABAD [Pakistan], Dec 7: After General Asim Munir assumed the position of Pakistan Army chief last month, he is now facing an unprecedented crisis, emanating from the economic and political upheaval in the country.
“Army is facing public ridicule in Pakistan to the dismay of old-timers who still consider that Army is an essential part of three ‘A’s guiding the destiny of the country – the other two being America and Saudi Arabia,” wrote the London-based commentator James Crickton, in an opinion piece for South Asia centered think tank Policy Research Group (Poreg). Crickton said that Pakistan’s military, considered to be the most institute in the country, has been the only stable and formidable institution even as the country “faced political, economic, judicial, and religious upheavals.”
“However, its influence seems to be fading for the first time because of the polity challenging its once indisputable authority,” he added.
Even social media platforms are afire with anti-army tirades, while people are hitting the streets, Poreg reported.
“Yet the General Headquarters (Rawalpindi), which is known to select, install and dismiss Prime Ministers at will, has not sounded the bugle lending credence to reports that top brass is a divided house,” the London-based commentator said.
He noted political environment in the country is changing, especially in the wake of the power struggle between major political parties as well as among army officials.
“Imran Khan has been taking direct aim at Gen Bajwa for the past eight months. This is something unprecedented, and unheard of. More so since Khan was Bajwa’s protege, and was gifted the top post after the army deftly side-lined Nawaz Sharif, a political heavyweight, and a one-time army proxy,” Crickton argued.
He said the Pakistan Tehreek-e-Insaf (PTI) chief Imran holds Bajwa personally responsible for his premature and humiliating ouster some eight months ago. Khan even blames the establishment for the attempts at his assassination, according to Crickton. (ANI)