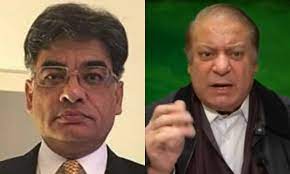 Islamabad, Jan 13: The attorney general’s office of Pakistan on Wednesday asked the Punjab Government to consider constituting a medical board or a committee that could determine the current status of former Prime Minister Nawaz Sharif’s health condition.
The former Prime Minister was granted one-time permission by a bench of the Lahore High Court in November 2019 to travel abroad as an interim arrangement for four weeks to seek medical treatment. He was to return back to Pakistan once the doctors certified that he was in good health and fit to travel.
The latest developments are in line with the federal cabinet’s instructions to the Attorney General of Pakistan (AGP) to initiate proceedings against the Sharif family for the apparent violation of the undertaking submitted before the Lahore High Court.
The letter recalled that former Punjab Chief Minister Shehbaz Sharif and Nawaz Sharif had given undertakings before the court.
The letter has suggested that the medical board examine the documents submitted by the petitioner before the high court and, given all the known and reported facts and public activities of the former Prime Minister, evaluate and give an opinion, following which the AGP office said it would proceed as per the order of the high court.
It also surmised that this could indicate that the former Prime Minister was fit to travel back to Pakistan, as per the solemn and binding undertakings and commitments made before the high court.
(UNI)