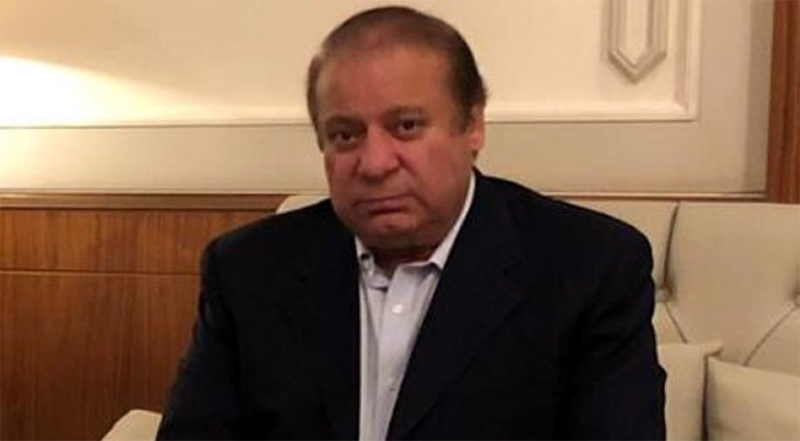 LAHORE, Mar 2:
Pakistan will request the British government to deport Nawaz Sharif, a senior official said while alleging that the “absconding” former prime minister was playing a “fixed match” regarding his illness while in London.
Casting doubts on the illness of the 70-year-old three-time former prime minister, Special Assistant to the Prime Minister on Information Firdous Ashiq Awan said Sharif has neither undergone any heart surgery nor was he admitted to hospital for any emergency during the last three months.
Sharif left for London in November last for treatment after the Lahore High Court allowed him to go abroad on medical grounds for four weeks.
According to Sharif’s physician, the top leader of the Pakistan Muslim League-Nawaz (PML-N) is suffering from complex multi-vessel coronary artery disease and substantial ischemic and threatened myocardium for which he is due to undergo surgery.
But Awan said, “It is time to bring back the VIP prisoner who is having a lavish stay abroad.”
“The government has decided in principle to write a letter this week to the British government, seeking deportation of PML-N supreme leader Nawaz Sharif, as he is an absconder not fulfilling the terms and conditions of the bail granted to him on medical grounds,” she on Sunday.
She said Sharif left for London on November 19 last year for his treatment but was yet to be admitted to a hospital there, indicating that “it was a fixed match played by him, his party and a section of the media on his health”, paving the way for his departure to London.
Awan claimed that Sharif and his younger brother Shahbaz had gone to London to protect the businesses of their children.
“Nawaz faked his health condition,” she alleged.
Last week, the Punjab government refused to extend Sharif’s bail, declaring that it had found no “legal, moral or medical ground” necessitating an extension in his stay abroad.
The Lahore High Court had, in October last year, granted bail to Sharif on medical grounds for four weeks, allowing the Punjab government to extend it further in the light of his medical reports.
The Islamabad High Court had also granted bail to Sharif in the Al Azizia Mills corruption case, in which the former prime minister was serving a seven-year jail term, clearing his way to travel abroad for medical treatment.
PML-N secretary general Ahsan Iqbal said if Sharif decided to return to the country, the Imran Khan government will request him not to come.
He said the PML-N chief will challenge the government’s decision not to give him extension in his stay abroad in the court shortly. PML-N Punjab information secretary Azma Bokhari told PTI that if Pakistan wrote to the British government for Sharif’s deportation, the PML-N would also write to the US government seeking opening of a case against Prime Minister Imran Khan regarding his (“illegitimate”) child.
She said Sharif was seriously ill and had heart-related complications, adding that the former prime minister was going to have a heart procedure shortly.
“Prime Minister Khan and his team should stop playing on the health of Sharif and concentrate on governance matters instead,” Bokhari said. (PTI)