Excelsior Correspondent
JAMMU, Jan 5: National Conference president and former Chief Minister, Dr Farooq Abdullah said today that PDP president Mehbooba Mufti won’t succeed this time by visiting residences of family members of the slain militants.
“Earlier also she had been doing this (visiting houses of killed militants). She has again started this. This time, however, she won’t succeed,” Farooq said in a brief chat with media persons after visiting Gurudwara Saheb on the occasion of Gurpurab here.
Click here to watch video
He said Pakistan will have to stop shelling and firing on the borders and come forward for talks as the gun won’t resolve any issue.
“Firing will go on. Pakistan should stop firing and initiate talks to resolve the issues (with India). Gun won’t solve any problem. They will have to stop supporting terrorism and firing,” Dr Abdullah said.
Calling for maintenance of brotherhood in the State, Farooq said the neighbour (Pakistan) should end terrorism and extend hand of friendship towards India.
He declined to comment on Article 35-A saying the issue was subjudice.
However, he said, the National Conference will contest Lok Sabha and Assembly elections and emerge victorious. 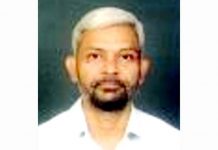 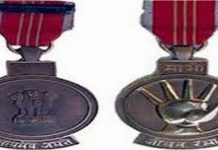 3 from J&K get Jeevan Raksha Padak