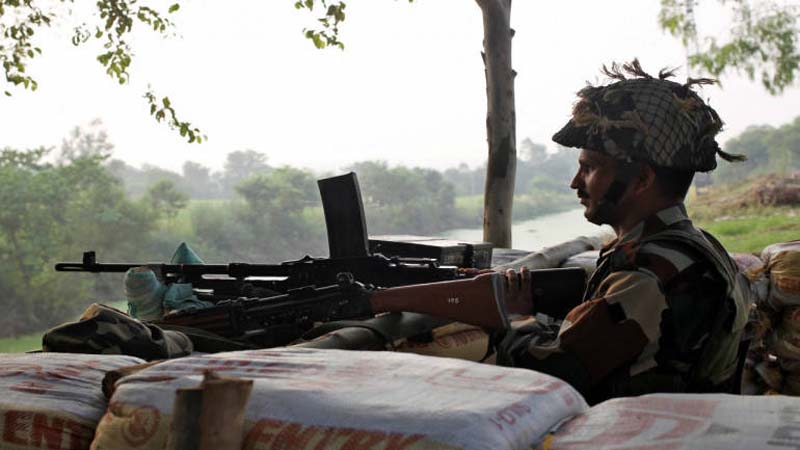 Excelsior Correspondent
JAMMU, Jan 24: Pakistani troops today again fired mortar shells on forward posts and villages along the Line of Control (LoC) in Poonch district
Heavy firing from across the border was reported from Digwar sector in the district, according to the reports.
Indian troops gave a befitting reply to silence the Pakistani guns.
There were no reports of any casualties or damage on the Indian side.
Pakistani troops had yesterday also targeted forward posts and villages in Gulpur and Karmara belts along the LoC in Poonch in which a school building had sustained minor damage.
Schools in some areas along the LoC were closed today by authorities due to the ceasefire violations by Pakistan, reports said.