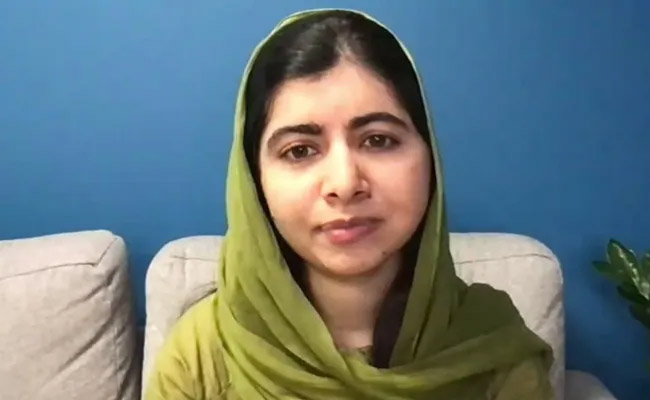 New Delhi, Sept 24: Nobel laureate and Pakistani rights activist Malala Yousafzai today asked Pakistan to show “bold and strong commitment” to protect women’s rights in Afghanistan. Ms Yousafzai, who is also the UN Messenger of Peace, made the remarks during a virtual session on “Supporting a future for girls’ education in Afghanistan” as part of the UN General Assembly.
On being asked at the session about whether Pakistan could put pressure on the Taliban about girls’ right to continue education, Ms Yousafzai said, “Pakistan is the neighbouring country of Afghanistan and we know that terrorism and extremism in Afghanistan reaches to the border of Pakistan as well and it impacts girls and women and communities in Pakistan and women’s rights there as well.”
“Pakistan should see the situation in Afghanistan not just has an issue of peace and security there alone, but as a peace and security issue for the whole region including Pakistan, peace in Afghanistan means peace in Pakistan,” she said.
In 2012, Ms Yousafzai was shot at by Taliban terrorists in Pakistan in an assassination attempt, in retaliation for her activism on girls’ right to education. Nine months after being shot, on her 16th birthday, she delivered a speech at the UN headquarters on women’s right to education.
“So far we have heard some statements from the Prime Minister of Pakistan that women’s rights must be protected and girls’ education must be protected, but I hope that Pakistan can show a bold and strong commitment towards the protection of human rights in Afghanistan because we know that such ideologies can harm the whole region,” Ms Yousafzai said.She expressed hope that the Prime Minister of Pakistan will open the borders to the “people of Afghanistan who need to seek safety for their protection and for their families”. (Agencies)