Sankar Ray
Miltablishment has become somewhat hyperactive in Pakistan. The Opposition smells a rat. A meeting of major political parties, opposed to the ruling coalition government, led by the Pakistan Tehreek-e Insaf, in the Pakistani capital on 26 June assumed political significance. Convened by the Jamiat Ulma-e Islam, an Islamist political party albeit distanced from the Pakistani Taliban and other terrorists, the participants represented liberal, conservative, ethno-nationalist trends as also JUI. “This meeting has emphasized parliamentary, constitutional, and civilian rule in the country. We will oppose every move aimed at weakening the parliamentary democracy in our country”, said JUI chief Maulana Fazlur Rehman while briefing newspersons.
The meeting was attended by Pakistan Muslim League (Nawaz) president and ex-Punjab chief minister Shahbaz Sharif, accompanied by senior vice-president of the party, Maryam Nawaz another PML (N) leader and, Pakistan People’s Party chairman Bilawal Bhutto Zardari and another PPP leader Yousaf Raza Gillani, ex-Prime Minister and ex-Senator Mahmood Khan Achakza, chairman, Pashtunkhwa Milli Awami Party and presently a member of Balochistan provincial assembly. Achakza was a Senator, representing the Awami National Party which was conspicuously absent in the meeting.
The suspicion is a reflex of sanguinary reality. Miltablishment censored an interview of the former President PPP leader Asif Ali Zardari on 1 July in the Geo News, one of Pakistan’s leading news stations. The interview was to be aired in ‘His Capital Talk. , a popular nighttime talk show, anchored by a very well-known Pak journalist Hamid Mir. Zardari was arrested last month by the Pakistani anti-corruption agency National Accountability Bureau .Although in NAB custody he is allowed to participate in sessions of the National Assembly or lower house, of which he is a member representing the PPP . Surprisingly, the censoring was done keeping the Pakistan Electronic Media Regulatory Authority in the dark. A PEMRA senior officer Mohammad Tahir told Radio Mashaal, “PEMRA had no role in it. Channels are independent in their editorial policies and programming. As a regulator, we do not control editorial polices,” he said. Mir too told Radio Marshal bluntly, “It is obvious that the establishment was involved. Only they can force a sudden takedown.”
The establishment, run on paper by the Prime Minister Imran Khan Niazi is an euphemism for Pakistan’s Miltablishment whose spokesman Asif Ghafoor rejected accusation last year that the media is suppressed by the army. “We have never told any journalist or media owner what to say and what not to. We have always told them that Pakistan needs to unite, and we need to bring forward its strengths and success.”
On 1 July, a PML-N MNA and president, party’s Punjab unit, Rana Sanaullah was arrested while traveling from Faisalabad to Lahore by the Anti-Narcotics Force on charges of “possessing a large quantity of drugs in his vehicle”, Shehbaz Sharif in a statement condemned the arrest of Sanaullah without any case as the “worst example of lawlessness and political vendetta”, and accused the PM of using state institutions to pressurize on political opponents. Bilawal Bhutto Zardari in a tweet described the arrest as the government’s ‘desperate attempt at political victimization. . Sanaullah has been a vociferous critic of PPP in the past & is currently one of the most vocal critics of the regime. Arrests expose govts weakness & desperation.’ The arrest was an imperative for the togetherness of the opposition.
Senior political analysts of Pakistan, specially on diplomatic and strategic affairs are seeing bad omen in the recent moves by the Pak Chief of Armed Services General Qamar Bajwa who went to London a shortwhile back to meet his counterpart and many other bigwigs of the security establishment to discuss issues of strategic cooperation. But he visited the UK nine months ago. Strategic analyst, Dr Ayesha Siddiqa, now a research associate at the School of Oriental and African Studies, wrote in an Indian online daily, “The interesting part of the entire show was that he had the British believe that he means business just like Pervez Musharraf did. It could be that faced with the grim prospects of Brexit, the British bureaucracy feels it has a chance to create a legacy of brokering peace between India and Pakistan”.
The hint is clear. The premier Khan is a darling of ‘Miltablishment’, but it will be too speculative to say that another ‘fauzi hukmat’ is on the doorstep. Moreover Bajwa or the like is in no haste with Khan at the helm. (IPA) 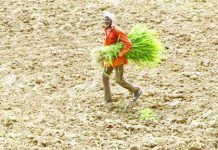 Agriculture in Jammu in COVID times 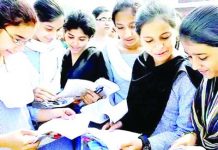 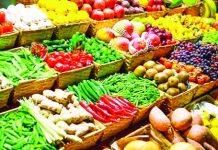 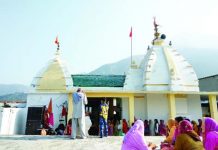 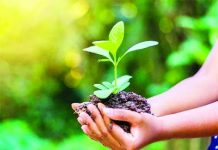 Celebrating life and its diversity 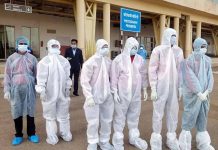