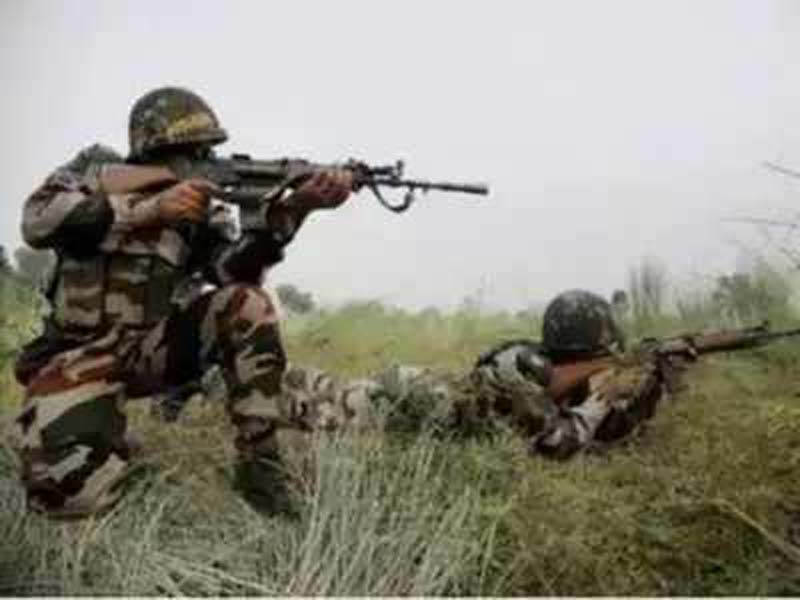 Excelsior Correspondent
JAMMU, Dec 5: Pakistani troops violated ceasefire by resorting to firing and mortar shelling on forward posts and villages along the Line of Control (LoC) and the International Border (IB) in Poonch and Kathua districts.
The firing and shelling from across the border was “unprovoked” and drew a strong retaliation by the Indian troops, they said.
“At about 11.40 am, Pakistan initiated unprovoked ceasefire violation by firing with small arms and shelling with mortars along the LoC in Balakote sector of Poonch,” a Defence spokesperson said.
Later in the day, he said, Pakistan shelled forward areas in Qasba and Kirni sectors of the district from 4 pm.
“Indian Army retaliated befittingly”, the spokesperson said, adding there was no report of any casualty on the Indian side.
Earlier, the officials said Pakistani Rangers opened fire on forward posts and villages along the IB in Hiranagar sector of Kathua district.
The firing from across the border started around 9.50 pm on Friday in Pansar Border Outpost area, prompting a strong and an effective retaliation by the Border Security Force (BSF), they said.
The officials said that firing between both the sides continued till 3.35 am, but there was no report of any damage on the Indian side.
Pakistani troops also fired for a few minutes in the Gurnam and the Karol Krishna border outpost areas, they said.