JAMMU, Feb 14: Pakistan army today targeted the people offering prayers in a Mosque at forward village of Shahpur along the Line of Control (LoC) in Poonch district killing a civilian and injuring two others who were heading for the prayers prompting the Indian troops to retaliate effectively to silence the Pakistani guns.
Though earlier also the Pakistan army had targeted religious places on Indian side of the LoC during ceasefire violations, today they chose Friday when large number of people were heading for the prayers at the Mosque while many others had already reached there around 1.30 pm at Shahpur in Poonch district. Click here to watch video
Mortar shells fell few meters short of the Mosque and exploded at a place where the civilians were heading for offering Friday prayers, official sources said, adding that the Pakistan army fired five mortar shells, one after the other, targeting the Mosque. The mortar shells exploded killing one of the civilians on spot and injuring two others.
Number of people, who were present at the site for offering prayers, shifted the victims to District Hospital Poonch where one of them was declared dead on the spot while two others were injured.
The dead has been identified as Badar Din, 55, son of Abdullah and the injured as Mohammad Shabir, 35, son of Shah Mohammed and Mohammad Taj, 22, son of Mohammad Taj, all residents of Shahpur in Haveli tehsil of district Poonch.
Deputy Commissioner Poonch Rahul Yadav and SSP Poonch Romesh Angral immediately reached the spot along with other civil and police officers and advised the people to stay indoors.
The Indian side retaliated Pakistani firing very effectively to silence their guns and prevent more civilian casualties as large number of people had already left their houses for offering Friday prayers and other purposes. Some of the people who were working in the fields immediately took shelter at the nearby places.
Heavy exchange of shelling between Indo-Pak troops continued for about two and half hours. Reports of casualties or damage on the Pakistan side couldn’t be ascertained immediately.
Shelling stopped around 4.30 pm.
Sources said body of the dead civilian has been handed over to his family after completion of legal formalities while two injured admitted in the District Hospital Poonch were responding to the treatment.
They added that there was strong resentment among the people in forward village of Shahpur and surrounding over reprehensible act of Pakistan army to target the Mosque at the time when people were heading for Friday prayers. Pakistan army used long range mortar shells to target the Mosque with a view to cause civilian casualties.
“Pakistan army’s use of long range mortar shells clearly indicated their ill intentions to directly target the civilians in complete violation of all international norms,” sources said, adding the Indian retaliation silenced the Pakistani guns and they stopped shelling and firing later.
Earlier also, people had protested several times against Pakistan shelling and firing.
There has been spurt in the ceasefire violations on the LoC especially in the twin border districts of Poonch and Rajouri post August 5 decisions of the Central Government including scrapping of special Constitutional provisions of Jammu and Kashmir and its bifurcation into two Union Territories of J&K and Ladakh.
Pakistan army has suffered heavy casualties and infrastructure losses in retaliatory firing by the Indian troops.
There were reports that Pakistan army was also trying to facilitate infiltration attempts by the militants on the LoC for terror attacks in Jammu and Kashmir and, for the purpose, has brought several trained militants of Jaish-e-Mohammed (JeM) and Lashkar-e-Toiba at the launching pads for pushing them into this side under the cover of shelling and firing. 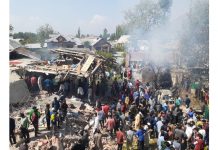 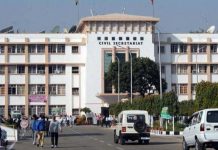 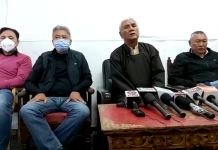 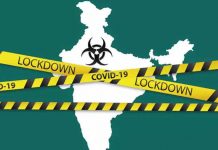 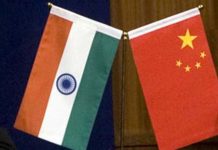 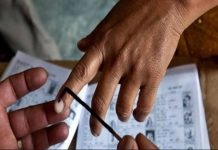 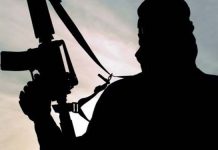