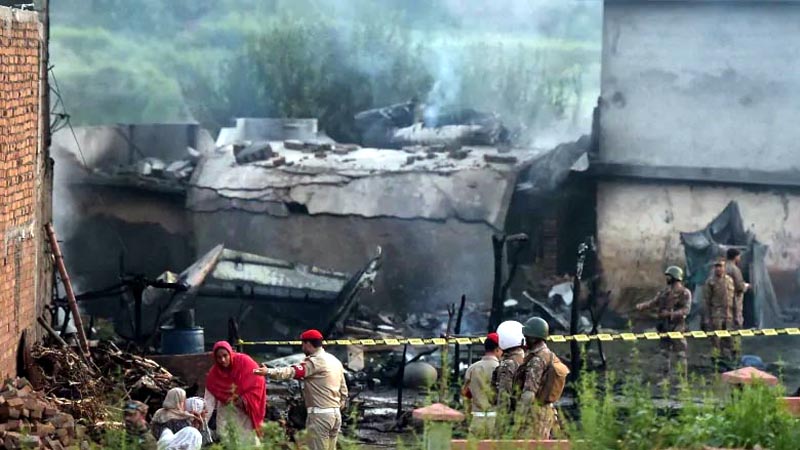 ISLAMABAD: A small military plane of the Pakistan Army crashed into a residential area in the garrison city of Rawalpindi early Tuesday, killing 19 people, including five military personnel, officials said.

The Pakistan Army Aviation aircraft on a routine training flight crashed in the suburbs of Mora Kalu village, killing 12 civilians and five crew members and destroying five to six houses, said the Inter-Services Public Relations (ISPR) – the media wing of the Pakistan Army.

It said that all five crew members, including two pilots, were killed in the crash.

However, a local rescue spokesman said that 19 dead bodies were brought to hospital that included 14 civilians and five crew members. Among the victims is a family whose eight members, including four children, were killed. (AGENCIES)