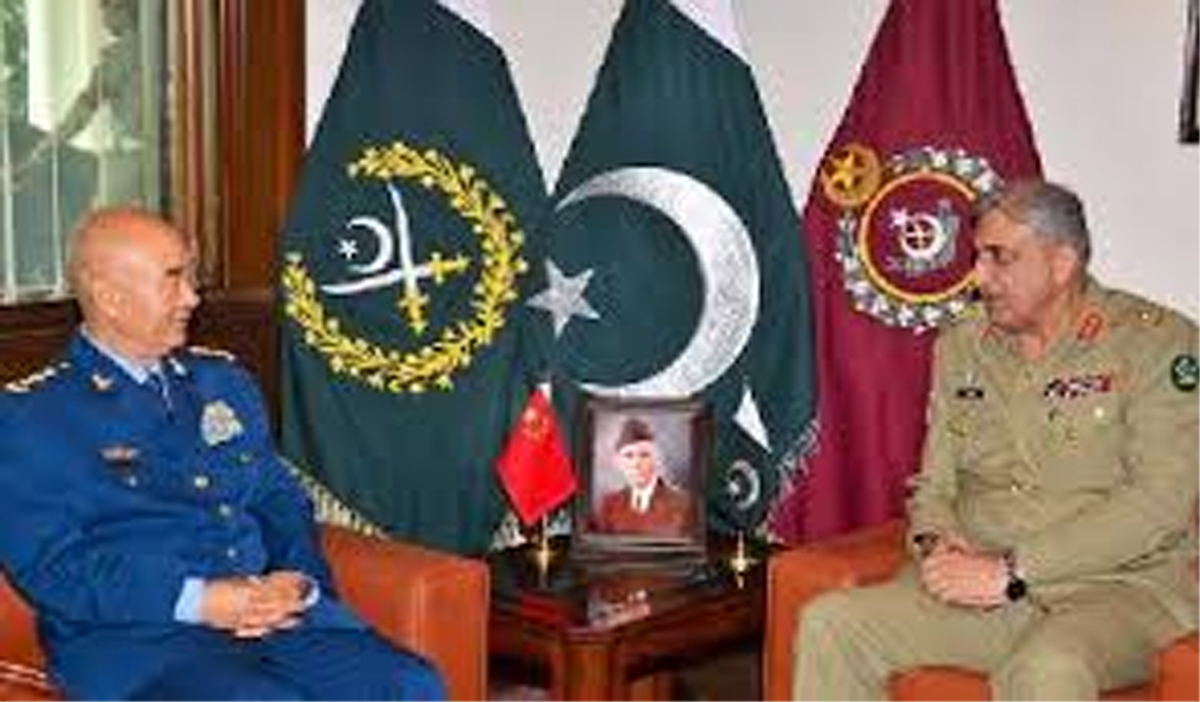 ISLAMABAD, Aug 27:Pakistan and China have signed an MoU for the enhancement of defence cooperation and capacity building of the Pakistani Army, as the top generals of the two armies discussed the situation in Jammu and Kashmir.

Tensions between India and Pakistan spiked after New Delhi abrogated provisions of Article 370 of the Constitution that gave the special status to Jammu and Kashmir.

During the meeting, matters of mutual interest, regional security, avenues to enhance bilateral defence collaboration, and particularly the situation in Kashmir were discussed, the Inter-Services Public Relations, the media wing of Pakistan’s military said.

Pakistan Foreign Minister Shah Mahmood Qureshi had air-dashed to Beijing to discuss the Kashmir issue with the top Chinese leaders after India scrapped the Article 370.

The visiting general said China “greatly values its time tested relations with Pakistan and its Army and is looking forward to further solidify this relation”, according to the ISPR statement.

A memorandum of understanding (MoU) was signed by the two sides for enhancement of defence cooperation and capacity building of the Pakistan Army.

It was China that had asked for “closed consultations” in the UN Security Council to discuss India revoking the special status to Jammu and Kashmir.

India has categorically told the international community that the scrapping of Article 370 was an internal matter and also advised Pakistan to accept the reality. (PTI)