JAMMU, Aug 27: Raja Mandlik Devasthan Committee today organized annual wrestling competition at Barn, Kot Bhalwal.
Prominent wrestlers from adjoining States like Punjab and Haryana besides Jammu and Kashmir participated in the competition.
The competition was organized by Rajan Singh (Happy), who is President of Raja Mandlik Devasthan Committee.
Former Minister and BJP leader Sham Lal Sharma was the chief guest on the occasion, who while speaking, said that such events bring various sections of the society close and help in maintaining communal harmony, which is need of the hour. He stressed upon the management to continue strive for uniting the society and spread the messages of saints and social reformers to eradicate several evils from the society.
Stressing the need for promoting traditional sports like wrestling, Kabaddi and other rural sports to engage the youth towards games, Sharma said this would help in preventing them in indulging in drugs and other anti-social activities which are widely spreading in younger generation.
“We all should make collective efforts to save our younger generation from the drug addiction and inculcate them sense of responsibility towards the society and rich Indian culture and ethics which are gradually degrading”, he said, adding that the great Saints and our forefathers have given a message of living with peace and promoting mutual brotherhood which are the basic principles of humanity.
He also interacted with the wrestlers and extended his good wishes for the competition. He asked them to work hard to win the games and maintain the high spirits of the sports.
The main bout was fought between Abdul Gani of Mallerkotla, Punjab and Poya Iran. The bout was won by Poya Iran and he was awarded with cash prize of Rs 1.20 lakh, while Abdul Ghani was awarded with cash prize of Rs 80,000 by the chief guest Sham Lal Sharma.
A large number of Sarpanchs, Panchs and sports lovers from different parts of Jammu division witnessed this annual event. 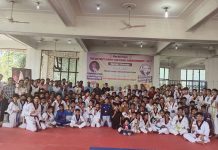 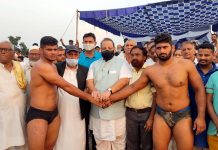 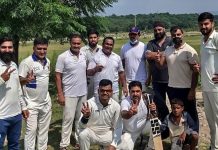 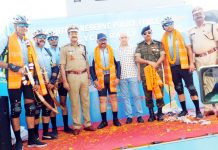 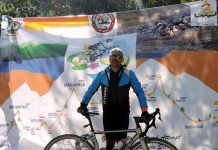 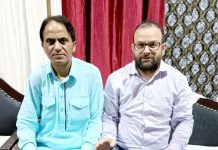