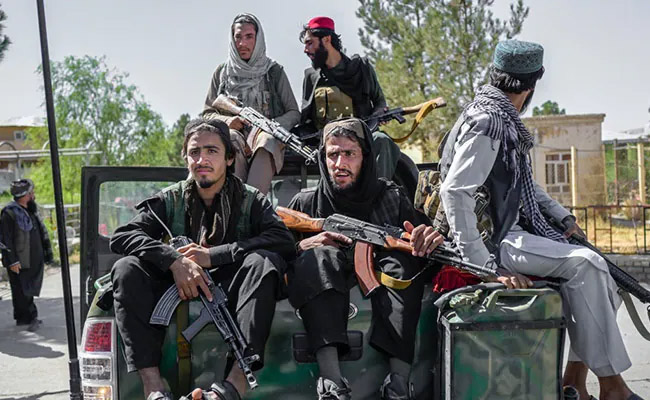 Kabul, Sept 24: Residents of a Hazara-dominated farming community in central Afghanistan say they have been ordered out of their homes by Taliban doing the bidding of Pashtun landlords who want to seize their crops and stores.
Mohammad Mohaqeq, a Hazara political leader exiled since the Taliban takeover last month, raised the alarm earlier this week in a letter published on social media.
He said more than 800 families had been ordered out of their homes in a remote district straddling the provinces of Daykundi and Uruzgan, southwest of Kabul.
Locals contacted by AFP have confirmed the report, and pleaded with authorities to help them.
The Hazaras are a mostly Shiite ethnic minority that has for centuries been persecuted in Sunni majority Afghanistan. In the last two decades they have been targeted in particular by the Taliban and ISIS, who consider them heretics.
One local elder told AFP that Taliban fighters in pick-up trucks descended on Gizab district and ordered people out, saying they were living there illegally.
Residents were struggling to find anyone to help them, he said.
“Telecommunications are not working in the village,” the local added.
Exiled Hazara leader Mohaqeq shared a letter signed by Aminullah Zubair, the Taliban’s new Daykundi provincial governor, saying the land belonged to an elder named Haji Zaher.
It said those who disputed this should go to court.
Mohaqeq said the Taliban eviction order was effectively a verdict without a trial.
Local villagers say the root of the issue is an attempt by powerful landlords to deprive them of their homes and crops.
One villager — who asked not to be named — told AFP they had moved to barren land 40 years ago and turned it into productive farms, growing wheat and almonds.
The Taliban and land claimants arrived earlier this week and ordered them to slaughter a cow in their honour before ordering them out, he said.
Earlier this month thousands of protesters from a neighbourhood populated by former Afghan army servicemen marched in Kandahar against plans by the Taliban to evict them from their homes.
Residents of Zara Ferqa, a suburb made up of government housing and ramshackle huts, said they had been ordered to leave by the Taliban, but had nowhere else to go.
In response to the protest, Kandahar’s governor temporarily stayed any evictions until the matter was thrashed out by community elders. (AGencies)