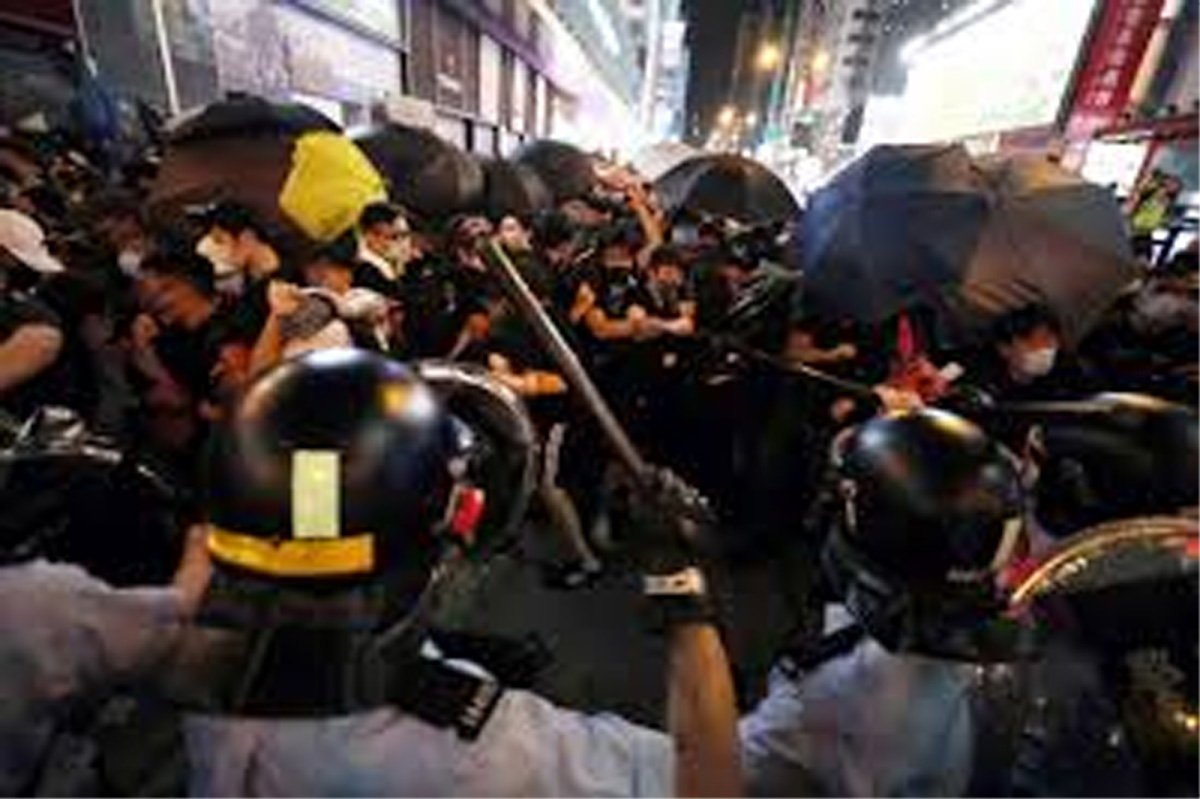 MOSCOW, July 15: More than 30 people were detained on Sunday after clashing with police during a protest against a controversial China extradition bill in Hong Kong’s Sha Tin district, local media reported.
Clashes broke out in the New Town Plaza shopping mall after the police tried to clear demonstrators from the streets, according to the RTHK broadcaster.
Protesters are said to have been throwing various objects at police officers, who reportedly used batons and pepper spray to disperse the crowd.
As a result, police detained 37 people. Eleven police officers and several protesters were injured in the clashes, the broadcaster said.
Sunday’s protest follows a series of demonstrations in Hong Kong over a controversial extradition bill that would have allowed people arrested in the former UK colony to be sent for trial in mainland China. Demonstrations continue despite the fact that the bill has been suspended and Hong Kong leader Carrie Lam has declared it “dead.”