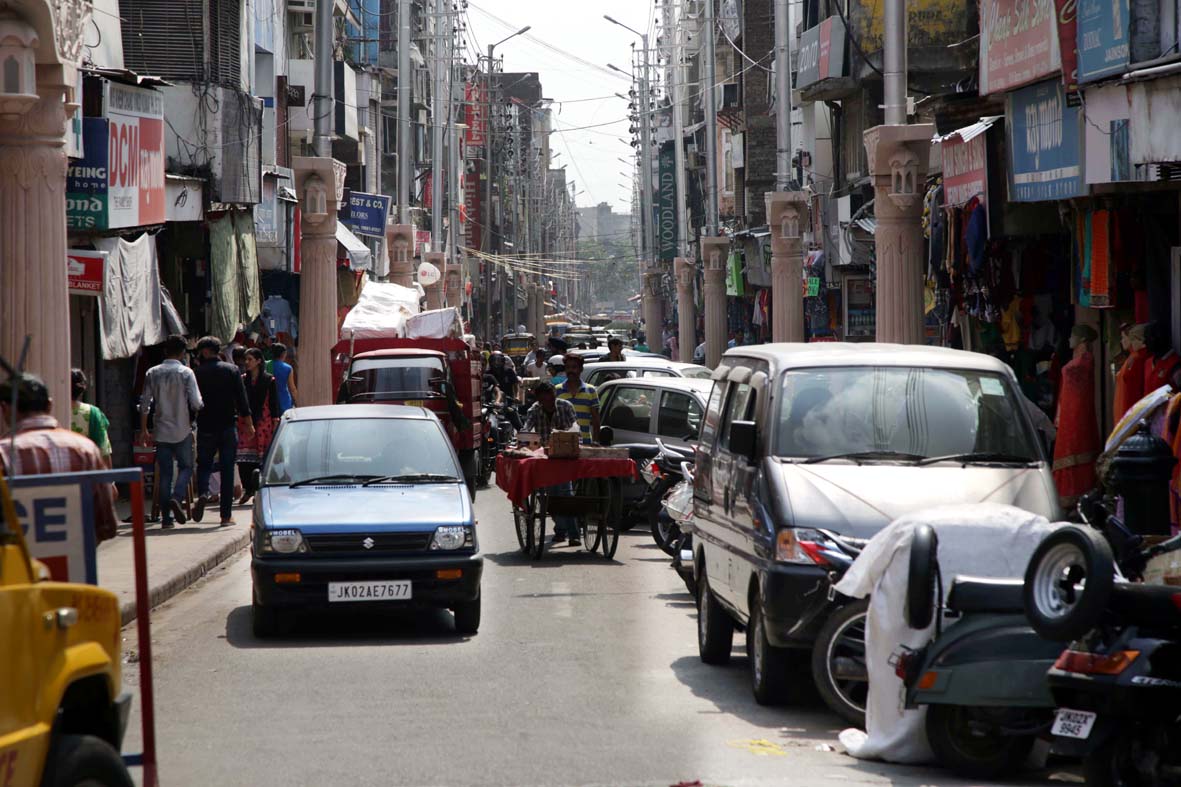 Shiv Chander Sharma
IN the heart of Jammu city there is a famous and straight Raghunath Bazar which is visited by thousands of people daily, both locals as well as by Mata Vaishno Devi pilgrims and the tourists. About 16 years ago this Bazar celebrated its 150 years after being built in 1844 AD during the rule of Maharaja Gulab Singh, founder of the J&K State.
Recently this Bazar was declared Heritage Bazar and has undergone face-lifting accordingly. Fire Hydrants, which existed once and later disappeared, have again been put in place with electrical poles have also got ancient look
During its 150th year celebration in 2005 the Raghunath Bazar Businessmen Association had organised a special month long functions during which shopkeepers of the market had offered heavy discounts and lucky draws.
The Raghunath Bazar had come up when Maharaja Gulab Singh started construction of most revered Raghunath temple in the same era. Then this was an open area with some houses scattered surrounding it. When the construction of Raghunath temple was in full swing the Bazar by the same name also came up, said Atul Kumar living in adjoining Raghunathpura Mohalla.
Atul Kumar further said that as told by his ancestors this bazar had no black-top road surface. The Bazar got fame and was renovated when Raghunath temple was completed in around 1860 AD by then ruler Maharaja Ranbir Singh, son of Maharaja Gulab Singh. Later, when Prince of Wales, who became King Geroge V of Brttain during his Jammu visit passed through this bazar got more famous.
This bazar starts from famous Raghunath temple and ends at City Chowk with ancient but reconstructed and renovated shops selling branded items on both sides of the market. Once this Bazar used to be the only bazar which always used to attract huge rush in the evening hours and even before 1947 the people used to tell it others that they have visited Raghunath Bazar, said Shanti Sarup, 81 years old retired scientist having served in the Regional Research Laboratory, Jammu and living in the adjoining lane of this bazar since birth. Now this famous Bazar is getting the facelift after Jammu was declared as Smart city.
Recalling his memory Shanti Sarup said it was a pride to walk through this bazar and having made shopping from a shop in this bazar was even more than a status symbol. This trend continues even now with the difference that now a huge rush of Mata Vaishno Devi pilgrims is seen which was less in the past. He said this bazar most probably was built for the Maharajas who would regularly visit the Raghunath temple riding their royal horse driven Baggies.
JagMohan, a shopkeeper having his shop National Radios at lower Raghunath bazar said that his father, who has set up the shop in 1930s, used to tell the tales of this bazar related to pre- indepedence era. He said once Tongas used to ply in this bazar which People used to walk in this bazar till late evenings which was considered status symbol. When Hari Theatre was constructed in the Centre of this Bazar it gained more popularity and till date this market and bazar has no match as compared to other areas despite many posh colonies and markets having come up including Gole Market in Gandhi Nagar locality.