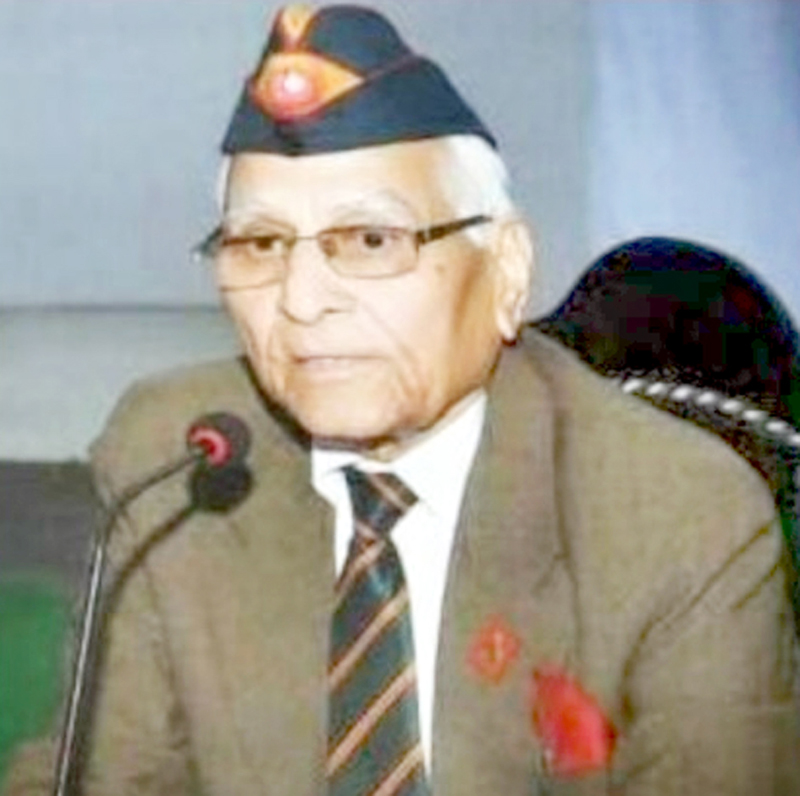 JAMMU, Sept 22: Blood donation camps, plantation and cleanliness drives should be organised to celebrate the birth anniversary of Maharaja Hari Singh.
This was stated by Major General, Goverdhan Singh Jamwal (retired) while expressing his views on celebrating the birth anniversary of Maharaja Hari Singh on September 23 for which a holiday has been recently declared after a big struggle.
In an exclusive interaction with Excelsior he said that a lamp should be lit on the name of Maharaja in every house in J&K and misinformation spread against him should he cleared.
General Jamwal informed that he had studied Maharaja Hari Singh from very close in 1954 when he was ADC of Dr. Karan Singh who was then President of J&K.
“I remained with Dr. Karan Singh at Bombay for a month and closely studied Maharaja Hari Singh there and noted that he never talked about J&K State and never uttered a word against Nehru and Sheikh,” he further said.
“Hari Singh thought that if he spoke anything like that, the same might affect India’s case in UN,” General Jamwal maintained adding that Maharaja Hari Singh was an emperor in true sense and believed in divine right of kings.
“He felt that God has made him king and he considered the entire public as his family and believed it as his duty to take care of his subjects,” Jamwal continued adding: “We got a holiday on birth anniversary of Maharaja Hari Singh after 75 years of struggle and those who gave him exile talked against him.”
The retired General that British wanted that J&K should go with Pakistan under conspiracy ‘Great Game’ while preparing for the third world in 1945, 46 and 47 against Russia and China for which Gilgit was already taken from us and 800 best troopers were readied there to fight against Russia and China.
“When it failed the British planned to gave that (troopers) to Pakistan along with J&K. They had also plans to fight next battle in Asia with the help of Pakistan under the conspiracy ‘Great Game’. For that reason Maharaja Hari Singh suffered as he also voiced for freedom from the British in 1931 at Round Table Conference,” Jamwal said.
“Maharaja Hari Singh desired to join India but thought to remain free only after Nehru ditched him,” the General claimed adding that reforms made by Hari Singh were unparallel.
He termed Maharaja Gulab Singh as an extraordinary personality and said that government of India should announce holiday for him as he won large parts of Ladakh and Baltistan and gave them to India.
“While two parts of J&K have been taken by Pakistan and China, this state was established 200 years back by Dogra rulers,” he said.