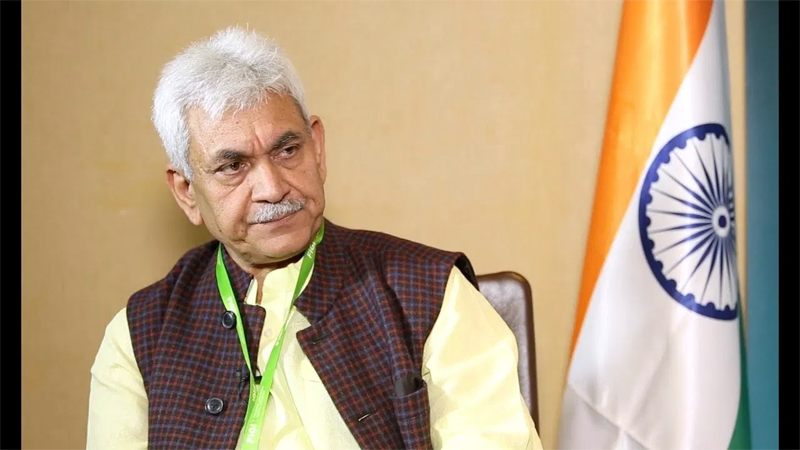 Mohinder Verma
JAMMU, Nov 24: Despite the fact that inhabitants of several border villagers are regularly complaining about water seepage problem in many bunkers constructed by utilizing the money released by the Union Ministry of Home Affairs, the administration is dilly-dallying on the enquiry which was ordered by none else than the Lieutenant Governor Manoj Sinha and taking the excuse of complete involvement in the forthcoming District Development Council (DDC) elections.
On September 10, 2020, the Lieutenant Governor paid visit to Kathua district to review the developmental scenario and to get first hand appraisal of local issues and developmental aspirations of the people of this border district.
During interaction, people from the extreme border villages complained about water seepage problem in many bunkers constructed by the administration for providing them shelter in case of intense shelling and firing from across the International Border by the Pakistani Rangers.
They brought to the notice of the Lieutenant Governor that the issue was raised before the concerned authorities a number of times but problem continued to persist as a result of which it becomes difficult for them to use such bunkers during firing and shelling.
Taking cognizance of the seepage problem in border bunkers made for the families of border residents, the Lt Governor directed the administration to hold enquiry in a time bound manner so that responsibility could be fixed for lapse.
Accordingly, the Kathua district administration constituted a committee of officers to conduct enquiry and submit report in a time bound manner to the Divisional Commissioner Jammu so that necessary directions are passed to the concerned agencies for carrying out rectification works, official sources told EXCELSIOR.
However, over two months have lapsed since the issuance of direction by the Lieutenant Governor but enquiry has yet not been completed much to the disappointment of the border dwellers who otherwise were expecting prompt action especially when there was intervention from the highest level, sources said.
When contacted, Deputy Commissioner Kathua O P Bhagat said, “the committee members have paid visit to some of these bunkers and hopefully they will complete the task as early as possible”. “Basically the focus of entire administration is on making arrangements for smooth conduct of District Development Council elections”, he immediately added.
“Conduct of elections doesn’t mean that the basic issues of public are to be brushed aside. Moreover, there is no let up in firing from across the border by the Pakistani Rangers and there is apprehension that during the elections the hostile neighbour will intensity firing and shelling and in that eventuality bunkers will have to be put to use”, sources said.
Moreover, in the light of direction of the Lieutenant Governor although to the Kathua district administration only the administration of Samba was also required to conduct enquiry on its own as water seepage problem has also been noticed in bunkers in this district also, sources further said.
EXCELSIOR has on numerous occasions exclusively highlighted that due to water logging problem a number of bunkers have turned ‘useless’ for the residents living along the International Border. During rains, the water logging goes up to two feet and seepage problem is not only from ground inside the bunkers but also from the walls of the bunkers.
During the monsoon season when the matter was taken up with administration by EXCELSIOR after being approached by the border dwellers it was stated that issue would be resolved in shortest possible time but inaction has been exposed by the people by lodging complaint with the Lieutenant Governor.
Even Member of Parliament Jugal Kishore Sharma, few months back, had sought detailed enquiry into water seepage problem in the bunkers in all the border districts but due to non-serious approach of the administration the issue has remained unresolved till date.