NEW DELHI, Dec 4: Finance ministers and representatives of opposition-ruled states on Wednesday met Union Finance Minister Nirmala Sitharaman and expressed their concern over delay in release of GST compensation which has put them in an acute financial position.
The finance ministers of Delhi, Punjab, Puducherry and Madhya Pradesh and representatives Kerala, Rajasthan, Chattisgarh and West Bengal attended the meeting over delay in payment of compensation.
Speaking to reporters after the meeting, Punjab Finance Minister Manpreet Singh Badal said, August and September compensation has not been released to states.
“We discussed that issue with the Finance Minister. Even the compensation for next period (October-November) will be due now, so August-November. Government is under obligation to pay. “The Finance Minister assured us that the compensation will be released as early as possible but she did not specify any timeline, ” he said.
So far state have not got compensation for the month of August and September and post December 10, compensation for the period October-November will also be due.
Delhi Deputy Chief Minister Manish Sisodia said it is not that compensation fund does not have adequate money, around Rs 50,000 crore is there through cess collection.
“We thought we will make appeal to Union Finance Minister (Nirmala Sitharaman) saying that she must personally look into this and not violate the constitutional provisions as passed by Parliament of India,” Sisodia said after half an hour long meeting. (PTI) 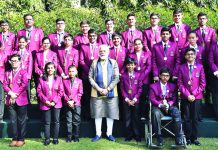 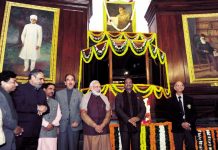