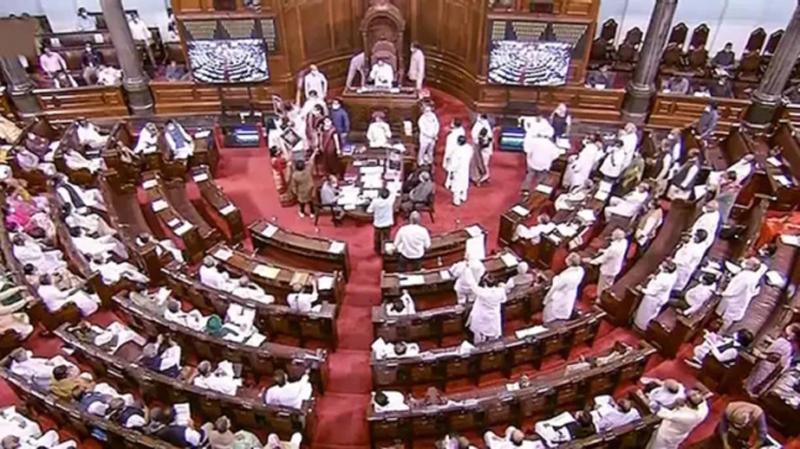 NEW DELHI, Nov 28:
Various opposition parties today pushed for a law on Minimum Support Price (MSP) on agriculture produce and also demanded discussion on the Pegasus snooping row, fuel prices and unemployment in the Winter session of Parliament beginning tomorrow.
While Prime Minister Narendra Modi was not present at the All-Party Meeting convened by the Government, Defence Minister and Deputy Leader of Lok Sabha Rajnath Singh sought cooperation from all parties for productive and smooth functioning of the House.
The Government is ready for discussions on all the issues permitted by the Lok Sabha Speaker and the Rajya Sabha Chairman under rules, he said.
Talking to reporters after the meeting, Congress leader Mallikarjun Kharge said all the parties which attended the meet demanded immediate action on a law on Minimum Support Price (MSP) for farm produce.
He said demands were also raised to extend compensation to those farmers who died during the protest against three central farm laws.
Kharge said there were some other big issues which were raised by the parties such as the rising prices of petrol and diesel, and tensions at the Line of Actual Control with China.
He said the political parties were expecting that Prime Minister Modi would attend the meeting and share something with them.
The leaders wanted to ask more about the farm laws as there were some apprehensions that these legislations might again come in some other form, Kharge said.
Parliamentary Affairs Minister Prahlad Joshi said there is no tradition of the Prime Minister attending the all-party meeting.
Kharge said the parties would cooperate with the Government on the issues of public interest.
Some opposition leaders also raised the issue of extended jurisdiction of the Border Security Force in some states, including West Bengal.
Trinamool Congress leaders Sudip Bandopadhyay and Derek O’Brien raised the issue of bringing laws on MSP and disinvestment of profitable public sector units.
The Aam Aadmi Party (AAP), however, walked out of the meeting, claiming it was not allowed to speak.
AAP leader Sanjay Singh said he walked out as he was not allowed to raise issues related to farmers, especially on a law on MSP.
Several parties also demanded that the women’s reservation bill be taken up in the winter session, sources said.
The TMC, the YSR Congress and the DMK were among the parties that suggested that the bill be brought for discussion in the session, they said.
The parties conveyed that it is time that women are given their due representation in the policy-making of the country, the sources said.
The 15th Lok Sabha could not pass the bill and the Constitution (108th Amendment) Bill, which was pending in the Lower House since 2010, lapsed following its dissolution in 2014.
A total of 31 parties attended the pre-session meet.
The prominent opposition leaders present at the customary session-eve meet included Mallikarjun Kharge, Adhir Ranjan Chowdhury and Anand Sharma from the Congress, T R Baalu and Tiruchi Siva from the DMK, Sharad Pawar from the NCP, Vinayak Raut from the Shiv Sena, Ramgopal Yadav from the Samajwadi Party, Satish Mishra from the BSP, Prasanna Acharya from the BJD and National Conference leader Farooq Abdullah.
The Government was represented by Union Ministers Rajnath Singh, Piyush Goyal, Pralhad Joshi, Arjun Ram Meghwal and V Muraleedharan.
The Winter Session of Parliament will begin tomorrow and conclude on December 23. (PTI)