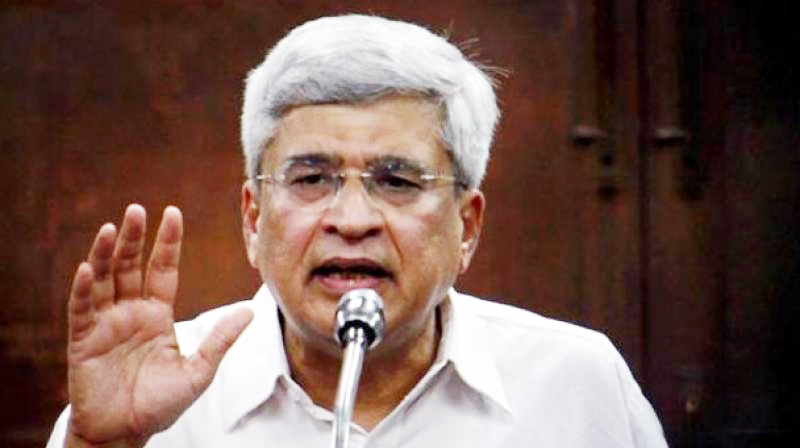 AGARTALA, Oct 18:
CPI(M) politburo member Prakash Karat has said that only the communists can build an alternative to the BJP at the Centre.
Addressing a convention organised to commemorate the centenary of the CPI’s foundation, Karat said here on Thursday that the Congress has lost the ideological base that it had during the freedom struggle.
“In this backdrop, only the communists can build an alternative to the Modi-Shah rule,” he said.
The CPI(M) leader said the communists across the country would organise movements involving the peasants, working-class people, students and youths against the BJP-led rule.
Noting that the communists have a history of fighting colonialism, Karat said the British were afraid of the Bolsheviks and had framed them in five conspiracy cases between 1920 and 1925.
“Many cases were framed against the communists and our leaders assassinated but our movements could neither be suppressed then nor can they be suppressed now,” Karat said.
Lashing out at the BJP-IPFT government in the state, former Tripura chief minister Manik Sarkar accused it of letting loose a reign of terror.
“Communist leaders and activists are being harassed and framed in false cases. The people of the state have their back against the wall. Now, there is no alternative other than organising mass movements against the anti-people government,” he said.
Sarkar said the state government has framed former PWD minister Badal Chowdhury in a false case.
“The party will fight till the end to save him (Chowdhury). It is not possible to suppress the communists through terror or by framing them in false cases,” he said.
Chowdhury has been accused of being involved in a Rs 630 crore scam during his term as the PWD minister in the Left Front regime. A local court denied him anticipatory bail on Wednesday. (PTI)