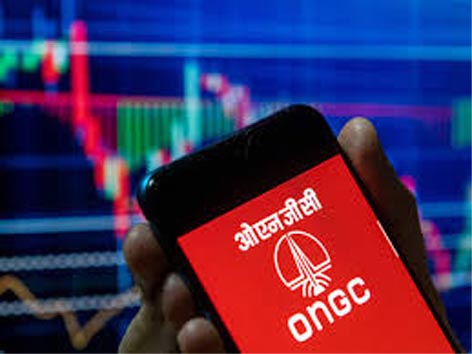 NEW DELHI, Aug 9: State-owned Oil and Natural Gas Corporation (ONGC) has cut its debt by more than one-third but faces an uphill challenge to meeting planned expenditure during current fiscal due to oil and gas prices falling below sub-optimal levels, according to company officials and regulatory filings.
ONGC’s outstanding debt of Rs 21,593 crore as on March 31, 2019 has come down to Rs 13,949 crore as on March 31, 2020, as it used revenue from better operations to retire some of the borrowings, according to the company’s regulatory filings.
Out of this debt, long-term borrowings account for Rs 2,245 crore which are due for maturity in December 2029.
The company had cash and cash equivalent (including other bank balances) of Rs 968 crore as on March 31, 2020, up from a record low of Rs 504 crore a year back.
Standalone debt-equity ratio at the end of March 31, 2020 is only 0.07 which is considered comfortable.
Company officials explained that ONGC has been working on bringing operational efficiencies and financial discipline and used surplus revenues to repay debt.
“While we ended the 2019-20 fiscal year with a comfortable financial position, we face an uphill challenge during the current 2020-21 financial year. The pandemic has played havoc on oil prices and government mandated gas price is way below cost of production,” a senior official said.
ONGC has planned a capex of over Rs 26,000 crore and meeting that with current oil and gas price will be a challenge, he said.
Another official said the company had taken an impairment loss of Rs 4,899 crore in Q4 FY’20 to factor into estimated future crude oil and natural gas prices.
However, the company believes that oil and gas prices will recover in future and in that case this impairment loss shall be reversed as and when prices rise, he said.
ONGC once was India’s most profitable company with a cash balance of over Rs 10,000 crore. But the fortunes reversed after the company bought the government’s 51.11 per cent stake in oil marketing company Hindustan Petroleum Corporation Ltd (HPCL) and the Gujarat government’s GSPC in a KG basin gas block.
It funded the Rs 36,915 crore acquisition of 51.11 per cent equity shares in HPCL through internal funds of Rs 12,034 crore and balance Rs 24,881 crore from borrowed money from commercial banks. The funding requirement of Rs 7,560 crore for Gujarat State Petroleum Corporation’s KG block acquisition was met by way of borrowing against term deposits.
Its cash and balances dipped to touch a record low of Rs 504 crore in March 2019, down from Rs 1,013 crore in March 2018 and Rs 9,511 crore in March 2017 and Rs 9,957 in March 2016.
“We live in an era of sub-optimal oil prices and government mandated natural gas prices that are way below the cost. The answer to such a scenario is to optimise cost and bring in operational efficiencies,” an official said.
He said the company has sufficient lines of credit/ short term fund facilities with banks amounting to Rs 7,800 crore for meeting the working capital or deficit requirements. Further, the company has an overall limit of Rs 10,000 crore for raising funds through Commercial Paper. (PTI)