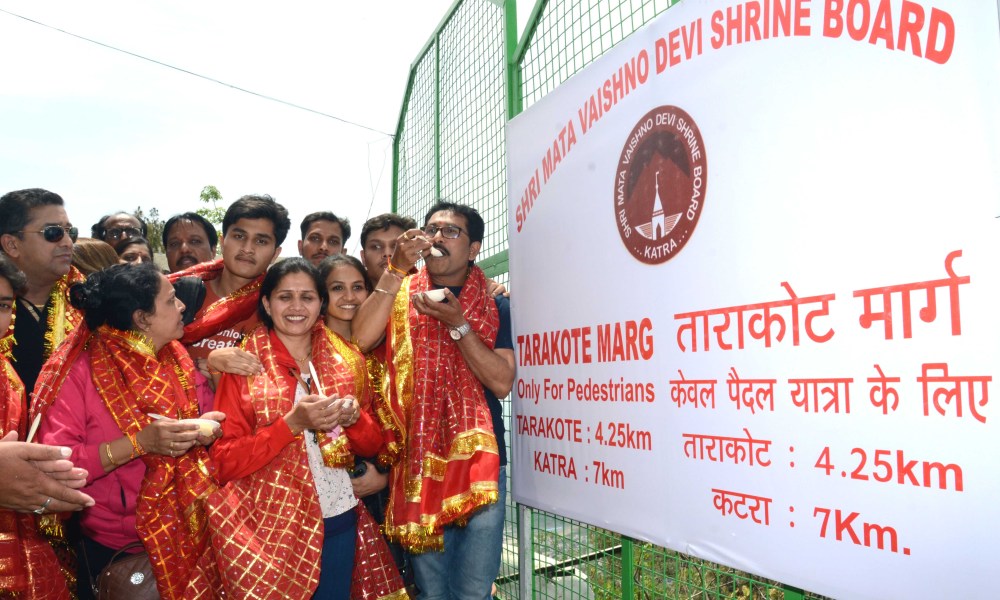 JAMMU: Less than a month after its opening, Tarakote Marg, the newly constructed serpentine track to the cave shrine of Mata Vaishnodevi, has been thronged by over one lakh pilgrims.

The 7-km long Tarakote Marg between Katra and Adhkuwari was opened to the pilgrims on 13th May and formally inaugurated by the Prime Minister Narendra Modi on  May 19 this year.

Based on the feedback received from the pilgrims, the process has been initiated to set up three additional kiosks on the Tarakote Marg to make available hot and cold beverages to pilgrims at short stretches, the spokesman said. (AGENCIES)