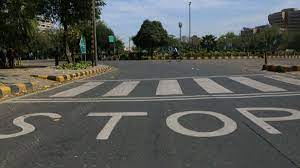 New York, Dec 5: As the world emerges from two years of COVID disruption, two disturbing trends have persisted: increased rates of traffic fatalities and declining public trust in each other and public institutions.
The pandemic upset many long-standing patterns of interpersonal interaction. By forcing people into lockdown in many cases for over a year it kept them from interacting in familiar settings: workplaces, the shops, at community organisations, places of worship & and on the roads.
The rise in deadly crashes is particularly concerning because it followed an extended period of progress in road safety. The decline in trust continues a trend that had been underway for several decades at least, in the United States.
These trends are not coincidental. Recent research has shown social capital promotes safety on the roads. Social capital is the term social scientists use to describe the stock of investments, resources and networks that produce social cohesion, trust, and a willingness to engage in community activities”.
There are several possible reasons for this connection, including that societies that have higher degrees of trust tend to foster more functional political institutions hence more effective enforcement of safety laws.
But a critical part of the equation is that, in places with greater interpersonal trust, road users tend to drive more courteously and so coordinate more effectively with other drivers, avoiding fatal crashes.
Enter COVID. Undoubtedly, road death rates rose post-pandemic because people having been locked down for so long lacked practice behind the wheel. But this would have been short-lived.
Part of the explanation likely rests with declines in social capital. Lockdowns in forcing people into physical distancing and out of accustomed modes of personal interaction likely caused people to become less comfortable around others and, inevitably, distrustful.
Existing research on social capital and traffic safety suggests these changes can be implicated as being among the causes of the increase in traffic fatalities.
The good news is public policies that increase social cohesion and community engagement can make roads safer. Action and encouragement by trusted local institutions could be particularly helpful.
The city of Gainesville, Florida, implemented a year-long program to enforce pedestrian crossing laws, involving a joint enforcement effort by the Gainesville Police Department, the University of Florida Police Department, and the Alachua County Sheriff’s Office.
The programme was supported by radio advertisements, outreach to schools and communities, and street signage. Feedback signs along high traffic roads displayed the previous week’s percentage of drivers stopping at pedestrian crossings, along with the record to date.
The rate at which drivers gave way to pedestrians doubled, reaching 62 percent by the end of the program. The baseline had been 32 percent.While social capital has been shown to benefit a range of variables from wellbeing to economic growth, public policies to foster social capital represent a fledgling area. Further study is needed. More pilot programs like the one in Gainesville could be helpful in learning what works best.
Road safety is yet one more area in which COVID, by creating an acute crisis, has posed opportunities to broaden human understanding and to grow humanity’s toolkit not just for dealing with pandemics, but for addressing a range of societal challenges.
Matthew G. Nagler is a professor of economics at the City College of New York and the Graduate Center, City University of New York. He was a member of the Social and Behavioral Sciences Team at the White House under President Barack Obama. He declares no conflict of interest. (AGENCIES)