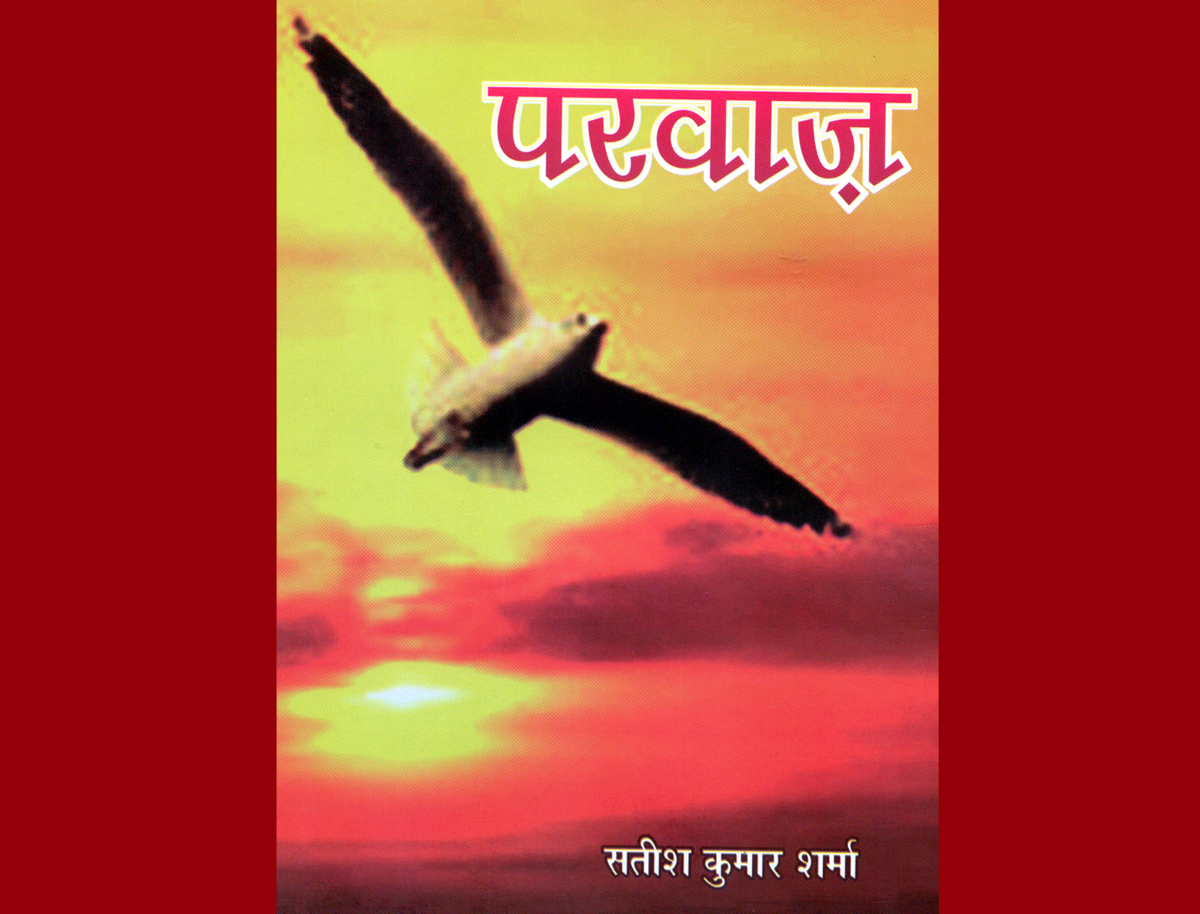 O P Sharma
Name of the book : Parvaaz
(Three Hindustani plays)
Author : Satish Kumar Sharma IRS
Publisher : Highbrow Publications
Bari Brahamana
Year of publication : 2019
The book entitled: “Parvaaz”, a collection of three Hindustani plays, authored by Satish Kumar Sharma, IRS, Additional Commissioner of Income Tax, J&K, has recently been launched at an impressive function held at the Auditorium of Amar Singh Club, Jammu last week. Son of the soil, Mr Sharma rose to high position by dint of hard work, dedication to duty and is officer of 2003 batch of IRS cadre, who has served at different places with professionalism. Now he occasionally finds time to give expression to his latent talent in creative faculty and revive his deep interest in the culture. Parvaaz, containing three plays, has instantly been well received in the literary and social circles as well as general public.
Flow of Emotions
Three plays in this book are : “Toot-Te-Rishtey :Khalakti Sarhadein” ; “Satyata Ki Udaan” and also “Samaira” which make exciting reading and impart thought-provoking lessons of life. The first play has been staged at the Abhinav Theatre, Jammu as well as at the Natshalla auditorium at Amritsar which were highly applauded by the large gathering, including some persons from abroad. This play highlights the all-time relevant values for the humanity. It depicts the love amongst the human beings, irrespective of caste, colour, creed or region.
In an interaction, the author asserted that “borders are hurdles in human relationships and love amongst the human beings” and made a strong plea to bring home the concept of goodness, moral values and harmony amongst the various religions meaning thereby that when these things will be clubbed together, development in realms of life is bound to happen. The author has been able to project his views through these plays in a very effective and assertive manner.
Real-Life Characters
The play “Satyata Ki Udaan” is again a motivational story particularly for the youth of the country. This play too has been already staged at Abhinav Theatre, Jammu sometime back. The concept of the story-line is that if any human decides to achieve something high in life, then he or she has to strictly follow the path of honesty, undertake in-depth planning as well as its execution with smart work to definitely achieve the desired goal, sooner or later. Don’t stop the journey till the achievement of your goal and objectives, is the moto. He firmly believes that if intellectualism is not put to practice, it will be a mere amusement, which is non-beneficial to the society.
Third play titled: “ Samaira” is an interesting, instructive and informative conveying a number of pivotal messages and lessons of life. This play raises the deep societal concerns like prevailing hardships, narrow vision and also the challenges facing the females who have ultimately to struggle hard to overcome the barriers in their move forward. Some of them can certainly be successful and become role-model for the generation-next ! “ Nari Shakti”, above all, is capable of converting the challenges into opportunities, opines the author adding that deprivation can also be a great source of inspiration subject to the condition that one must have belief in oneself as also in the hard struggle and undoubtedly “success” aap ke kadam choome gi”.
Flying High
At the recent book-release function, the title “Parvaaz” was released by the chief guest, Biney Kumar Jha, IRS ; Chief Commissioner of Income Tax, Ludhiana & Amritsar while the guest of honor was K.M.Bali, IRS, Principal Commissioner of Income Tax, J&K, Jammu. A galaxy of senior bureaucrats including : Vijay Bakaya , former Chief Secretary, Kuldeep Khuda, former DGP & chief CVC; Ashok Aima, Vice-Chancellor, Central University of Jammu; Padam Shrees Prof Ved Ghai, Dr Jitendra Udhampuri, S.P.Verma and many other Sahitya Akademi awardees, Chartered Accountants, legal luminaries, leading businessmen and prominent citizens were present on the occasion.
A detailed paper on the book as well about the author was read by Prof Lalit Magotra, recipient of Sahitya Akademi and president,Dogri Sanstha who praised the literary merit of the book and flight of imagination in the writings of Satish Kumar Sharma, despite his official duties he kept creative faculties alive.
Always Aim High
Replying to a query, the writer, Mr Sharma claimed that his wife Prof Archana Bakshi always inspires and supports in all my pursuits.
This 128-page book “Parvaaz” has been published by reputed Highbrow Publications, Bari Brahmana, Jammu with fine class printing done on quality paper. Another, noteworthy feature of the book is inclusion of some “ Messages” by eminent dignitaries: Chief Income Tax Commissioner, Vinay Kumar Jha,IRS; K N Bali, IRS; Principal Income Tax Commissioner as also few good photographs of enactment of two plays on the stage thus adding further charm for the readership. It is written in a simple Hindustani using common man’s idiom in easy-to- understand style.The themes are certainly of general public interest and also on the issues concerning the society. I feel that “ Parveez” will be read by one and all for its rich educational and entertainment values. It is expected that Mr Sharma will continue further his artistic and cultural pursuits in the future as well.
(Starline Syndicate Service)