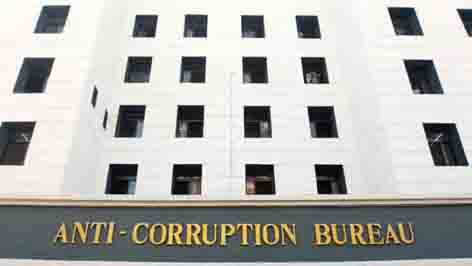 Directs rotation of officers with stay of over 5 years

Srinagar, Sept 23: Taking a note of violations of Transfer Policy across several departments, the Government today made it clear that the officials who have a stay at particular posting beyond duration permitted in transfer policy should be allowed in “exceptional circumstances” while the Administrative Secretaries have been directed to rotate the officers who have a stay of more than 5 years.
The move has come after the Anti-Corruption Bureau (ACB) submitted a report to the Government in which it has pointed out the violation and instances where the norms of the Govt’s policy were violated and at the same time has impressed on the point that the over-staying officers in several Departments must be rotated in the larger interest of the system.
In this regard, official communication has stated that the ACB has furnished a report in which the Bureau has brought up the issue of flouting of transfer norms and at the same time it has been observed that several officials are continuing at a particular posting for years leading to an open violation of the transfer policy which impresses on the regular rotation of the officials.
In this connection, the General Administration Department (GAD) in a letter to the Administrative Secretaries has stated that the competent authority, while perusing the said report of the ACB, observed that stays beyond duration permitted in transfer policy should be allowed in exceptional circumstances.
The Government has also directed all the Administrative Secretaries to gather the list of employees who have a longer stay at one particular post and order their rotation.
“Administrative Secretaries should be asked to obtain a list of employees who have a stay of more than five years in the first instance,” the communication issued in this regard read. The Government has also underlined that such officers need to be rotated unless there are exceptional circumstances.
It is to be noted here that the issue of overstaying of officers at several departments has been time and again highlighted even as there have been instances where the officers were rotated well before the time, while some continue to overstay at several posting particularly in the Health Department where the violations of the transfer policy have been reported time and again.
The Government has impressed upon all the Administrative Secretaries to strictly adhere to the directions of the competent authority for further necessary action in the matter while directing them to furnish an Action Taken Report in the matter of GAD at the earliest.