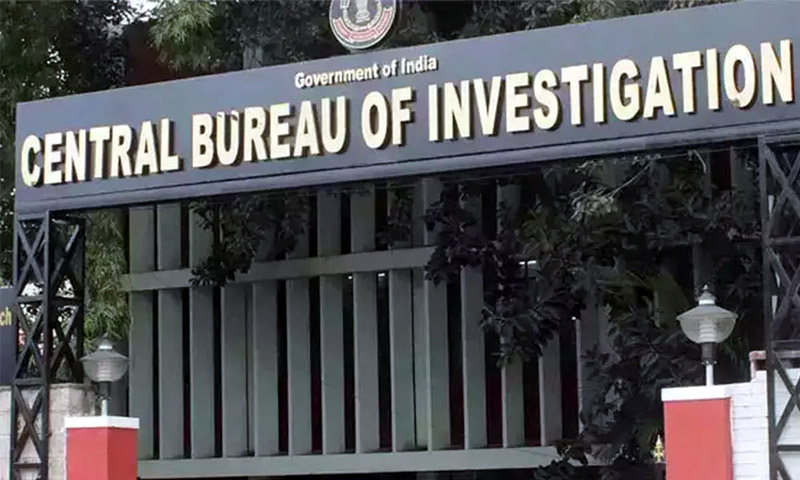 PAs paper too was leaked, Rs 4 cr deal was struck for Foresters’ exam

*Scamsters even sold question paper of Haryana from Jammu

JAMMU, Sept 29: In a sensational revelation, it has surfaced during investigations by the Central Bureau of Investigations (CBI) that not only the exams were leaked in connivance with Services Selection Board (SSB) previously but even OMR sheets had also been replaced in lieu of money while question paper of Panchayat Assistants had also been leaked and a deal of Rs 4 crore was struck between paper leakers of Haryana and Jammu-based scamsters for upcoming examination of Foresters.
Details gathered by the Excelsior revealed that three senior ranking officers of the SSB (two now shifted from the Board) were involved in replacing OMR sheets in the exams. So far, replacement of 28 OMR sheets has been noticed and more sheets are being scrutinized to see how deep the roots of sheets replacing scam were in the Services Selection Board.
Change of OMR sheets was detected as signatures of the Invigilators in the exam centre didn’t match on the OMR sheets available with the SSB.
“This clearly means that OMR sheets signed by the Invigilators after completion of the paper at the examination centre were replaced and someone else signed for the Invigilators hoping that it will never be detected as none in the SSB earlier anticipated the Government and CBI crackdown on the Board,” sources said.
It appeared that OMR sheets were written by the candidates afresh with correct answers after the exams and submitted to the SSB under a “nexus” in lieu of cash.
Sources said the investigators will shortly call one sitting Member and two then officials, who were shunted out of the SSB after papers leak scam, as their involvement has surfaced in changing OMR sheets.
“Possibility of change of more OMR sheets in the past is also not ruled out as some of the officials remained posted in the SSB for a long time till the Government decided to remove all of them excepting the incumbent Chairman as no exam was held during his tenure,” sources said.
Noting that exams of not only Sub Inspectors in Jammu and Kashmir Police, Financial Accounts Assistants and JE Civil were leaked by the scamsters (which have since been cancelled by Lieutenant Governor Manoj Sinha), but in the past the question paper of Panchayat Assistants was also leaked.
Even the deal had also been struck for Rs 4 crore between paper leakers of Rewari, Mahendergarh and other places of Haryana and scamsters of Jammu, mostly based in parts of Akhnoor, for leaking the upcoming question paper of Foresters.
“Amount was to be paid by Jammu scamsters to their associates in Haryana and all those associated with leakage of question papers after collections from candidates of Jammu and Kashmir,” sources said.
Investigations revealed that leakage of paper was mostly confined to Jammu region as all those engaged in leaking the paper were based in Akhnoor, Khour, Pallanwalla, Kanachak and some other areas.
Significantly, the racketeers were not only active in Jammu but they had also leaked a question paper of Haryana with the help of a CRPF constable then posted in Gangyal. However, since the question paper was found on WhatsApp before conduct of exam, the paper was subsequently cancelled there.
The examination conducting agency Merit Trac of Bengaluru is under clout right from the beginning as it was conducting the SSB examinations for last about seven years.
Investigators have found during investigations that at the time of allotment of work, Merit Trac was L2 but the then authorities allotted the work to it ignoring L1.
The investigating agency, as per the sources, is gathering evidence before making more arrests in the scam and the possibility of the arrest of former SSB officials is also not ruled out.
Eight persons including a Government teacher, two police constables and one former CRPF jawan have so far been arrested by the CBI in connection with the scam. Three of them have been sent to jail while five others are still in the CBI custody facing interrogation.
It may be mentioned here that leakage of question paper of Sub Inspectors in Jammu and Kashmir Police was detected first followed by FAAs and JE Civil. All these three exams were cancelled by the Government and will be held now in October.
Meanwhile, Chief Judicial Magistrate (CJM) Jammu Amarjeet Singh Langeh today granted seven days police remand of three accused and three days remand of two others in much publicized SI paper leak scam.
Rakesh Kumar, son of Sham Lal of Mawa Brahmana, Kewal Krishan, son of Tarsem Lal of Choudhariwala Khour and Ashwani Kumar, son of Mela Ram of Kachrial Khour have been remanded to seven days police custody while as Yatin Yadav, son of Des Raj of Rewari and Anil Kumar, son of Om Parkash of Mahendergarh Haryana have been remanded to three days custody.
Court observed, “having regard to the investigation carried out so far and considering the stage of investigation, a case for grant of further police remand in respect of accused is made out by Investigating Agency. Accordingly, accused are remanded to further police custody”.