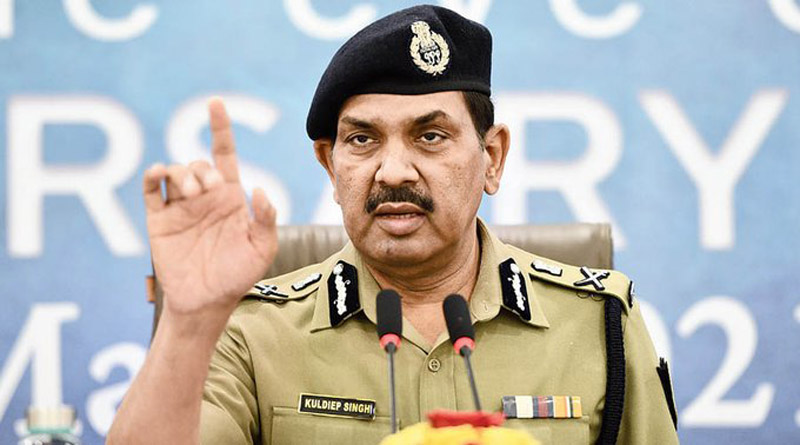 NEW DELHI, Sept 29: An uptick has been noticed in the number of foreign terrorists operating in Jammu and Kashmir post the Taliban takeover in Afghanistan but the overall strength of militants in the Valley is low and can be capped below 200, outgoing CRPF DG Kuldiep Singh said today.
He said all the security forces operating in Kashmir are working in a coordinated manner and terrorist incidents have gone down post the abrogation of Article 370 from the erstwhile State in 2019.
The CRPF Director General, during a press conference, was asked about the killing of locals and Kashmiri Pandits by unknown and unseen terrorists to which he said that it was a “challenge” but all the forces were effectively tackling it.
“This is a challenge… After Afghanistan, this challenge has grown in many forms and you can see it… Also like the number of foreign terrorists goes up and sometimes down. However, the total number of terrorists in J&K is less now… It is under 200 now as compared to the earlier times when it used to be 230-240,” Singh said.
The Taliban took over the reins of Afghanistan in August last year.
The officer, from the 1986 batch of the Indian Police Service (IPS) of West Bengal cadre, had taken charge as the CRPF DG last year in March. He will retire from service tomorrow.
He said there is a “great threat” of ‘sticky bombs’ when it comes to the security situation in Jammu and Kashmir but all the forces deployed there rose to it and ensured an incident-free Amarnath Yatra that concluded in August.
Talking about the challenge of taking out the stipulated one unit (called a company comprising about 70-80 personnel) from each battalion for training, rest and recuperation annually, the DG said this issue was a challenge and they “try to do it but cannot do it always”.
We also take up with the Home Ministry that training companies should not be touched…So we keep trying for that and in case we cannot, we get the training done for the troops locally within their own battalion, he said.
Singh said the CRPF has got about 200 vehicles plated with bullet-resistant material for operational use in Jammu and Kashmir and Naxal violence affected areas while 125 armoured vehicles have been procured for the troops.
The Central Reserve Police Force (CRPF) is the country’s largest paramilitary with an estimated strength of about 3.25 lakh personnel. It is designated as the lead internal security force with its main operational theatres being Left Wing Extremism affected States, counter-terrorist combat in the Kashmir valley and counter-insurgency operations in the north east. (PTI)