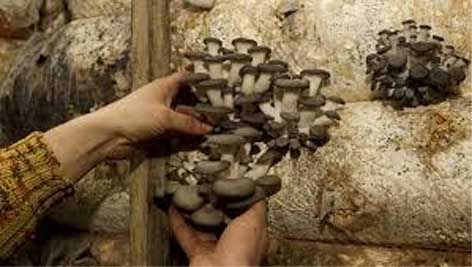 LONDON, Jan 23: Researchers have discovered the oldest ever mushroom fossil to be identified, a finding which pushes back the time when the fungal organisms first appeared on the Earth by about 300 million years.
According to the scientists, including those from Universite Libre de Bruxelles in France, the oldest confirmed mushroom fossil until now was dated to 460 million years ago.
In the current study, published in the journal Science Advances, researchers found fossilised remains of microscopic mushroom parts called mycelium in rocks whose age is between 715 and 810 million years.
The scientists said these rocks were found in the Democratic Republic of the Congo and likely formed in a lagoon or coastal lake environment.
Putting the discovery in perspective, the researchers said, this was a time in the Earth’s history when life on the continents’ surface was in its very infancy.
“The presence of fungi in this transitional area between water and land leads us to believe that these microscopic mushrooms were important partners of the first plants that colonised the Earth’s surface around 500 million years ago,” explained Steeve Bonneville, one of the researchers part of the study from the Universite libre de Bruxelles.
“This is a major discovery, and one that prompts us to reconsider our timeline of the evolution of organisms on Earth. The next step will be to look further back in time, in even more ancient rocks, for evidence of those microorganisms that are truly at the origins of the animal kingdom,” Bonneville said.
While previously discovered mushroom fossils were identified based on the morphology of organic remains found in rocks using corrosive acid compounds, Bonneville said this method damaged the chemistry of the fossils, and only allowed analysis of the microscopic structures.
He added that this may lead to incorrect interpretations as certain morphological traits are common to different branches of living organisms.
In the current study, the scientists used multiple molecular analysis techniques at a microscopic scale with which they could study the chemistry of organic remains in the site, without corrosive chemical treatment.
The technique enabled the researchers to detect traces of the complex chemical chitin — a very tough compound found in the cell walls of fungi.
On further analysis, they also demonstrated that the fossil mushroom cells had a prominent nucleus.
“Only by cross-correlating chemical and micro-spectroscopic analyses could we demonstrate that the structures found in the old rock are indeed about 800-million-year-old fungal remains,” said study co-author Liane G. Benning from GFZ German Research Centre for Geosciences. (PTI)